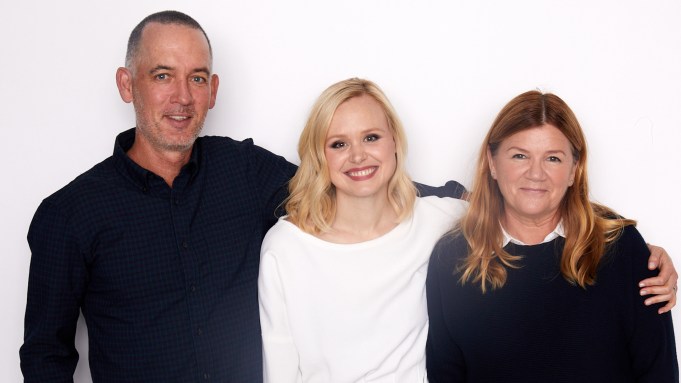 Based on the novel by Miriam Toews, director Michael McGowan’s adaption of All My Puny Sorrows tells the story of the women in a family struggling with a history of suicide and depression. Yoli (Alison Pill) is a writer going through a contentious divorce and dealing with self-doubt, who comes home when her mother Lottie (Mare Winningham) calls to say her sister Elf (Sarah Gadon) attempted suicide. McGowan, Pill, and Winningham discuss the importance of presenting everyone’s side of the story and balancing the sadness with humor.

“There’s a scene where Yoli describes her mom and her mom’s sister as “buoyant” and I really think that’s true of this unsinkable feeling,” says Pill, “which is so important to have when you’re faced with deep grief and sadness and loss, so to find some unsinkability in this in this character that Mare has brought to life so beautifully is an amazing this to see.”

“This idea that you can laugh and cry… it’s not relentless, I didn’t want to make a movie that’s relentless and this idea of buoyancy was an important theme to try to explore,” says McGowan.

“As human beings, we want to choose life,” says Winningham. “I think the deep challenge of the movie is presenting a choice of death. It goes against everything that we want for our loved ones and for ourselves. I think the movie is really carving out and digging deep between the two sisters and the ideas of choosing life and choosing death and what is that, and I hope that, as Lottie says, ‘We’re made to go on, we gotta go on.’”

Click on the video above to watch McGowan, Pill, and Winningham discuss the film.