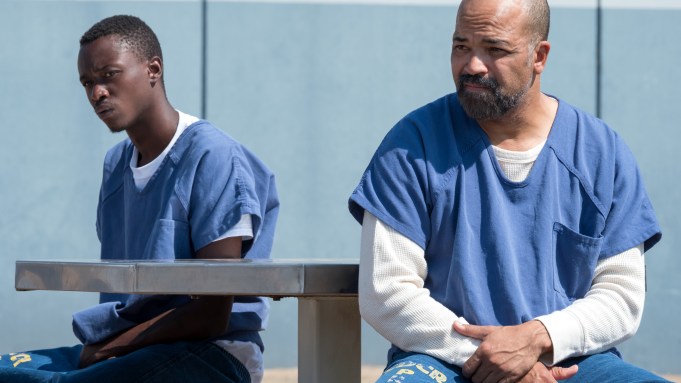 Netflix has released the first trailer for All Day & A Night, a drama written and directed by Black Panther co-writer Joe Robert Cole. Jeffrey Wright and Ashton Sanders star as an estranged father-son duo who find themselves in the same unfortunate circumstance that forces them to come together in order to break a generational curse of violence.

Sanders plays the soft-spoken Jahkor Abraham Lincoln who struggles to keep his dream of rapping alive amidst a gang war in Oakland. His ill-fated life and real-world responsibilities drive him further and further across the line of right and wrong with tragic consequences. Landing in prison beside his father, J.D. (Wright) whom he never wanted to be like, Jahkor embarks on an unlikely journey of self-discovery, exploring the events that unite them, in hopes of helping his newborn son break a cycle that feels unavoidable.

All Day & A Night will be available to screen May 1. Check out the trailer above.