Continue to Deadline SKIP AD
You will be redirected back to your article in seconds
Skip to main content
September 17, 2019 7:20am
2Comments 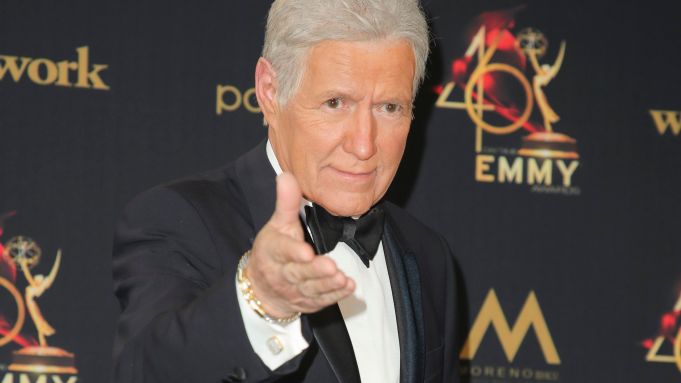 Alex Trebek released a video on his game show’s YouTube channel today, and the news isn’t happy: The Jeopardy! host will need to endure another round of chemotherapy for his stage 4 pancreatic cancer after a health downturn over the summer.

“This summer, because I was making such good progress, we thought I was finished with chemo,” Trebek says in the video. “That was a bit premature and certainly overoptimistic. I began immunotherapy, but that didn’t go well. My numbers went south – dramatically and quickly.”

Trebek reveals that while doctors are “reexamining” his situation, he expects to have “more chemo treatments ahead.”

Trebek seems to be taking the news with his familiar good grace. “One of the things I have learned in the past six months is that the course of pancreatic cancer treatment is not a straightforward affair. There are always curves and unexpected events.”

Trebek, who discussed his latest health development on ABC’s Good Morning America today, ends his video update with “Please keep me in your good thoughts and prayers. It really means a lot.”

Last March and then in May, Trebek first revealed and then discussed his cancer diagnosis and the “near remission” after the first round of chemo, and said he cried “tears of joy” with his health improvement. But he’s also been candid about experiencing “surges of sadness” after receiving the diagnosis.

On today’s GMA, Trebek said he has no plans to stop hosting Jeopardy!, but also took a philosophical approach to his future. “I’m 79-years-old,” he said. “I’ve had one hell of a good life. And I’ve enjoyed it … the thought of passing on doesn’t frighten me, it doesn’t. Other things do, the affect it will have on my loved ones … it makes me sad. But the thought of myself moving on, hey folks, it comes with the territory.”