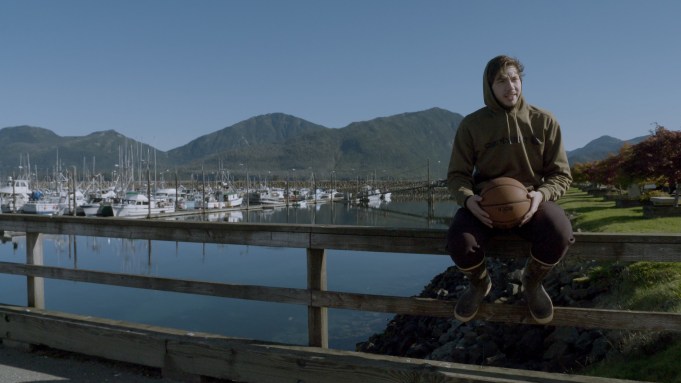 EXCLUSIVE: Alaskan Nets is having its world premiere next month in the Documentary Competition at the Santa Barbara Film Festival. The doc, directed by Jeff Harasimowicz, follows the high school boys basketball team in Metlakatla, the native reserve of the Tsimshian Indians off the coast of Southeast Alaska. It’s a town, we discover in the trailer, where two things matter: fishing and hoops.

The pic, directed and produced by Harasimowicz of Raised By Wolves and produced by Ryan Welch of AO Films, follows the improbable journey of cousins Danny Marsden and DJ King, fishermen and the stars of the Metlakatla Chiefs, as they seek the school’s first state championship in more than 30 years. That quest is the only thing that will bring life back to a remote island that has been rocked by tragedy.

Alaskan Nets is executive produced by Chris Pratt and his production company Indivisible Productions along with Jon Schumacher and Sahir Iqbal, in association with SLAM and RTG Features (sports docs A Kid From Coney Island, The House That Rob Built).

“I’m thrilled to partner with Jeff Harasimowicz, Ryan Welch and the entire Alaskan Nets team on bringing this inspiring story of Metlakatla to audiences everywhere,” Pratt said. “Having spent much of my childhood growing up in Alaska, and being a boy defined by a prominent sport in a small town, this documentary resonates with me on a very personal level.”

Added Harasimowicz: “Places like Metlakatla are hard to find. Finding stories like theirs is even harder. Making this film has been the honor of my professional life. I could not be more excited to partner with Chris Pratt and share Metlakatla’s story of hope with the world, and we are thrilled to begin that journey at the Santa Barbara International Film Festival.”