Mark Pedowitz Exits As CEO Of The CW As Nexstar Acquisition Closes; His Farewell Note & Replacement
Read the full story
September 14, 2021 7:43am 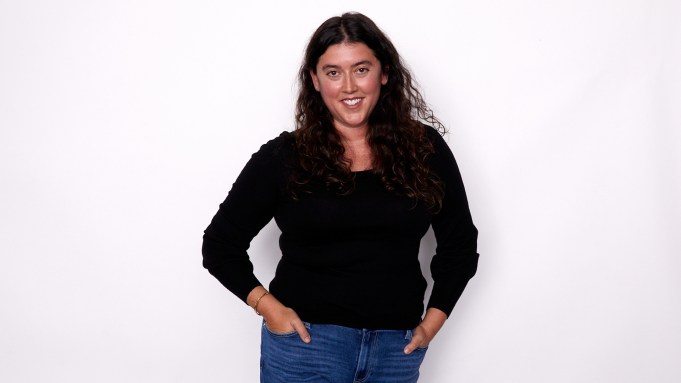 Canadian recording superstar Alanis Morissette opens up in the HBO documentary Jagged, reexamining her rise in the music business and revealing that she was the victim of multiple statutory rapes at age 15. But with the film set for its world premiere Tuesday at the Toronto Film Festival, her presence at the event remains very much in doubt.

Director Alison Klayman stopped by Deadline’s TIFF Studio in Toronto on Monday, and appeared to acknowledge Morissette might be a no-show for the premiere.

“Of course, it would have been great if she could be here with us,” Klayman said, “but I’m so grateful for all the time that she did put into making this film.”

Morissette is currently on tour with Garbage, though there was a break in her tour schedule with her last playdate held on Sunday, four hours from Toronto in Clarkston, MI, and her next stop being in Cincinnati on Wednesday. Speculation about Morissette’s intentions were triggered by a Washington Post report earlier in the week claiming “the singer now appears to be unhappy with the movie.”

Citing an unnamed “person familiar with Morissette’s plans,” the report said the Grammy-winning artist known for Jagged Little Pill would not attend Jagged’s debut at the festival’s Roy Thomson Hall.

Morissette exudes upbeat energy in the main interview for the doc, recorded last July in the Bay Area. She recalls the stunning success of Jagged Little Pill, essentially her debut album, and despite recounting repeated sexual abuse from unnamed men in the business, she tells Klayman, “This is the most peaceful I’ve ever been in my whole life.”

“It’s a really hard thing, I think, to see a movie made about yourself,” Klayman told Deadline. “I think she’s incredibly brave and the reaction when she saw it was that it was a really–she could feel all the work, all the nuance that went into it. And again, she gave so much of her time and so much of her effort into making this and I think that the movie really speaks for itself.”

Morissette, a native of Ottawa, got exposure to the entertainment business at age 11, appearing on a Canadian TV series. Her early music, already displaying hints of the astounding vocal dexterity to come, was released in her home country only. She describes an atmosphere of predation surrounding her as a teen.

In the film, which HBO is airing this fall, Morissette does not name the men who allegedly had sex with her when she was 15.

“It took me years in therapy to even admit there had been any kind of victimization on my part,” she tells Klayman in the documentary. “I would always say I was consenting, and then I’d be reminded like ‘Hey, you were 15, you’re not consenting at 15.’ Now I’m like, ‘Oh yeah, they’re all pedophiles. It’s all statutory rape.”

Part of Jagged Little Pill’s emotional connection to fans, especially but not exclusively girls and young women, came from the primal force of Morissette’s bold resistance to a culture of patriarchy, misogyny and sexual abuse. As such, she might be called the progenitor of the #MeToo movement.

Klayman was one of those many millions of fans who bought Jagged Little Pill when it was released in 1995.

“I can like viscerally remember being on my bed with the CD in the boombox with the liner notes out, reading the words, sometimes just listening with my eyes closed, like feeling it as an album,” Klayman shared. “It just sticks out because that wasn’t necessarily how I experienced every album that I bought and owned… In truth, I really liked the angry songs but I also really loved the playful, funny, wistful kind of songs as well and I just felt like it was basically a ‘no skip’ album. It was an album that I loved so much.”

Click on the video above to hear Klayman go in depth on Jagged.