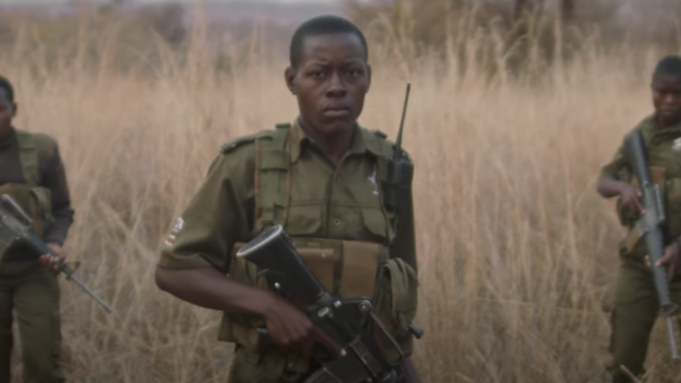 EXCLUSIVE: “I want to use my skills and training to protect this animal…to protect this land. I’m prepared to give my life,” declares a member of the Zimbabwean all-female anti-poaching called Akashinga in the forthcoming National Geographic documentary short Akashinga: The Brave Ones from executive producer James Cameron and director Maria Wilhelm, executive director of the Avatar Alliance Foundation.

The short sheds light on the vigilant group which trains to face down poachers in order to save wildlife at a moment’s notice. Akashinga: The Brave Ones is set to have its world premiere at the EarthXFilm Festival, which will be held virtually April 22-27 to celebrate the 50th anniversary of Earth Day. The documentary short is also an official selection of the Tribeca Film Festival and will broadcast on National Geographic later this year in 171 countries and 43 languages.

With many of Africa’s key species, including elephants, reaching levels near extinction, Akashinga is a radical, new and highly effective weapon against poaching. The group was founded by Damien Mander, who serves as CEO of the International Anti-Poaching Foundation and Akashinga. The docu shows how the team, drawn from the abused and marginalized, is revolutionizing the way animals are protected and communities are empowered — and its members’ own lives are being transformed. Mander’s innovative approach to conservation calls for community buy-in rather than full-on armed assault against poachers. With the COVID-19 global pandemic, Akashinga is more crucial now than ever as resources are becoming scarce and wildlife becomes more vulnerable to poachers.

“The illegal trafficking of wildlife is one of the world’s largest criminal industries, linked to terrorism and, some evidence suggests, to the pandemic we’re struggling to stop,” said Mander. “Wildlife trafficking must be stopped at the source. This is the job of wildlife rangers like the Akashinga. They’re the first and last line of defense not just for nature, but also for humanity.”

“While we battle with an increasingly powerful viral enemy, the poaching wars rage on,” said Cameron. “The Akashinga are front-line warriors — fiercely committed to protecting Africa’s most vulnerable species and to securing a positive future for their communities. They fight to ensure nature wins.”

“At a time when we need to be brave, the proud and courageous women of Akashinga have lessons to teach us all — about the unique power of sisterhood, the importance of collaboration and the essential nature of community,” adds Wilhelm. “The question is whether we’re willing to learn the lessons they have to teach.”

Akashinga: The Brave Ones is produced by Kim Butts, Drew Pulley and Wilhelm; it is executive produced by Cameron.