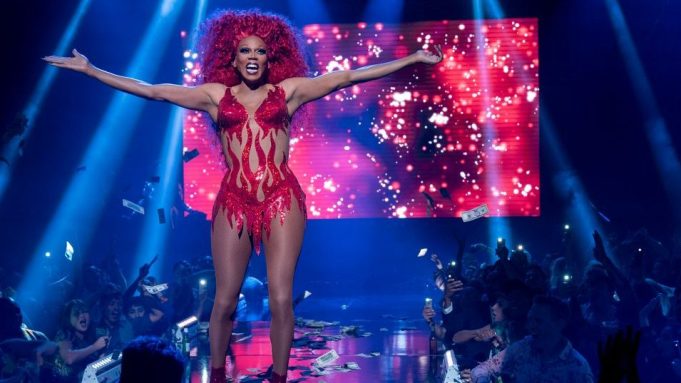 Netflix has released the first look at RuPaul Charles’ forthcoming scripted drag queen series AJ and the Queen — and it is fabulous as much as it is fierce.

The first teaser for the new comedy which is set for a January 10, 2020 launch date has RuPaul serving a whole lot of looks set to the tune of glittery fanfare that will make you strut and shablam.

Created by Charles and Michael Patrick King (of Sex and the City fame), AJ and the Queen follows Robert Lee (RuPaul), better known as the drag queen Ruby Red. He has the dream of opening his own drag club and after years of performing in clubs all across the country and saving every dime, he he finally gets his chance. That is, until he realizes he’s been swindled by a charismatic grifter (Josh Segarra) and his eye-patch wearing partner-in-crime, Lady Danger (Tia Carrere). With his heart broken and money stolen, Robert has no choice but to pick up the pieces and start over, and a cross country Ruby Red roadshow provides the perfect opportunity to do just that.

But when AJ (Izzy G.), a scrappy, streetwise 10-year-old escaping a difficult home life, crosses paths with Robert, he becomes a de facto parent. An unlikely pair must find a way to get along, navigate through tough times and learn from one another. Of course, while going through their drama, we get treated to a lot of fabulousness including a performance from RuPaul Charles in every episode.

The series co-stars Michael-Leon Wooley and Katerina Tannenbaum. King serves as showrunner and will executive produce alongside Charles and Jhoni Marchinko. MPK Productions produces in association with Warner Bros. TV.

Check out the teaser above and the poster below.