Continue to Deadline SKIP AD
You will be redirected back to your article in seconds
Skip to main content
December 4, 2019 3:57pm 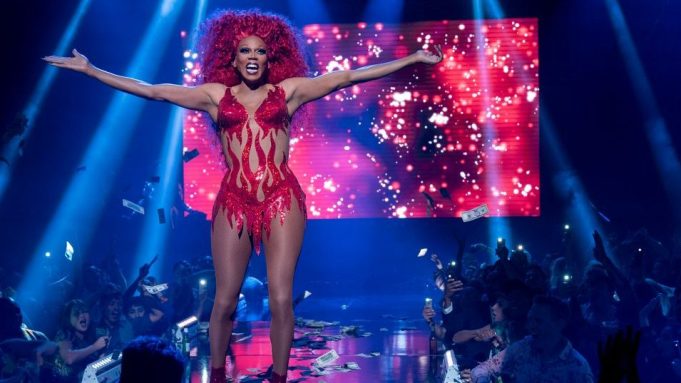 The official trailer for the new Netflix buddy series AJ and the Queen bowed today, featuring RuPaul and a precocious 10-year-old hitting the road in an RV. The series debuts January 10.

Created by Michael Patrick King (Sex and the City) and RuPaul, and featuring performances by RuPaul in each episode, AJ and the Queen is a comedy about finding family in the unlikeliest of people when they’re needed most.

The story: Robert Lee (RuPaul), better known as the drag queen Ruby Red, has big dreams of opening his own drag club. After years of performing in clubs all across the country, he has scrimped and saved and is one signed lease away from turning his dreams into a reality. That’s until he realizes he’s been swindled by a charismatic grifter (Josh Segarra) and his eye patch-wearing partner-in-crime, Lady Danger (Tia Carrere).

With his heart broken and money stolen, Robert has no choice but to pick up the pieces and start over, and a cross-country Ruby Red roadshow provides the perfect opportunity to do just that.

But when AJ (Izzy G.), a scrappy, streetwise 10-year-old escaping a difficult home life, stows away in Robert’s run-down RV, the consummate performer suddenly finds himself in a new set of shoes: de facto parent. Fabulously mismatched yet perfectly paired, AJ and Ruby must find a way to navigate through tough times as they learn a few tricks from one another and roll on to brighter days.