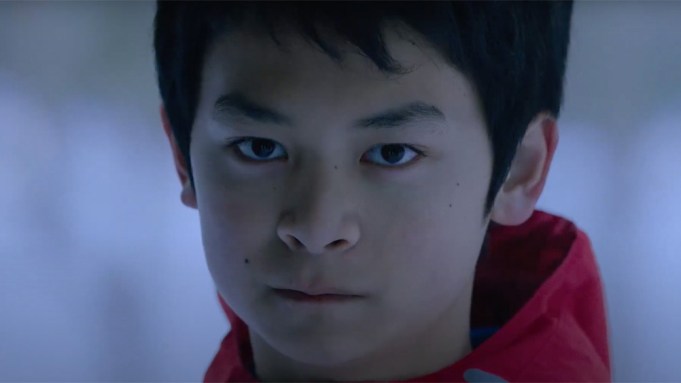 Ava DuVernay’s ARRAY Releasing has dropped a trailer and a poster for the upcoming coming-of-age drama Ainu Mosir (“the quiet earth where humans dwell”) directed by Takeshi Fukunaga. The film is set to debut on Netflix and in select theaters on November 17.

Ainu Mosir follows 14-year-old Kanto as we are introduced to the centuries-old traditions of his Indigenous village. Between the unconventional Ainu traditions, Kanto’s upbringing, his desire to leave his hometown, questioning longstanding beliefs and grappling with the loss of a parent, Fukunaga’s tackles universal themes with rich cultural specificity. He weaves the generational struggle to preserve culture while modernizing and evolving.

For authenticity, the main cast and story come from the actual lives and life circumstances of one particular community of Ainu people living by Lake Akan in Hokkaido, Japan. The project was developed in close communication with members of the community, developing characters and the plot together with them. On set, the cast improvised based on their inner feelings. All of the cast members are Indigenous Ainu non-actors with the exception of a few professional Japanese actors who played the Japanese characters in the film.

Ainu Mosir premiered at the 2020 Tribeca Film Festival, where the film was awarded a special jury mention. ARRAY acquired the title in October which marks the second collaboration with Fukunaga and the indie film collective. Fukunaga’s first film, Out Of My Hand, was released in 2015 and was nominated for the John Cassavetes Independent Spirit Award.