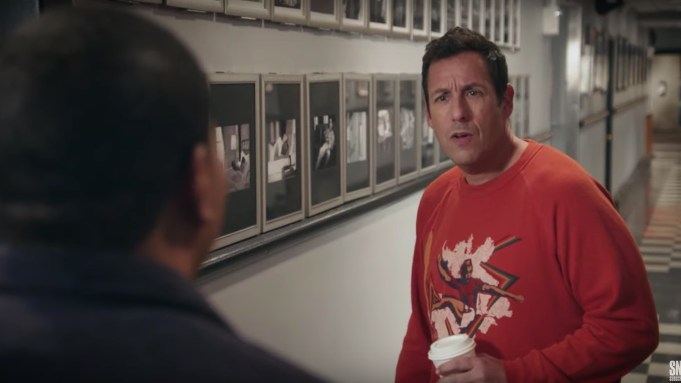 Aww, there’s Cajun Man, and David Spade, and other photographic evidence of Adam Sandler’s 1990s Saturday Night Live glory days lining the hall of Studio 8H. Such is the premise of today’s SNL promo for this weekend’s Sandler-hosted episode, as the former cast member surveys his past before, as the video’s title has it, things get creepy.

Without giving too much away: The old cast and production photos give way to some very personal and increasingly Twilight Zoney shots. Best of all is the arrival of longtimer Kenan Thompson, as the promo winks at Game of Thrones mania and Thompson’s seemingly never-ending haunting of the SNL halls.

Sandler’s return to SNL as host of the May 4 episode (with musical guest Shawn Mendes) kicks off the three final installments of the season. Closing out Season 44 will be Emma Thompson, making her SNL hosting debut on May 11, with Jonas Brothers as the musical guest; and Paul Rudd, returning to SNL for the fourth time to host the May 18 season finale, with musical guest DJ Khaled.

And now…for the final time this season…