The Film That Lit My Fuse: Emmys Host Cedric The Entertainer On The Transformative Power Of ‘Coming To America’
Read the full story
November 27, 2019 9:00am
1Comments 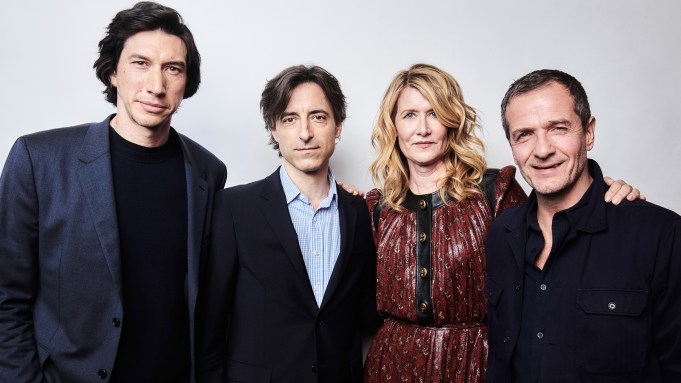 As part of the Netflix presentation at our ninth annual Deadline’s The Contenders Los Angeles all day event at the DGA Theatre in Hollywood earlier this month, Marriage Story was a big part of it. Speaking to a packed house of Academy and key guild voters, writer/director Noah Baumbach talked about his desire to find a new way to film a love story, and in this case he did by framing it around a marital breakup and divorce. If that sounds unique it is because the highly acclaimed film he has made is indeed that.

Starting at the Venice Film Festival and hitting just about every other one, this film has touched hearts and nerves. Baumbach talks about the fact that some of it is very personal in terms of his own life and divorce, but he also mentions he did extensive interviews with couples,  lawyers, judges and others. Star Adam Driver, who plays a director like Baumbach married to an actress (played by Scarlett Johansson), talks about the way the director creates a company of people who are encouraged not to keep secrets and who have numerous dinners, visits to each other’s homes, and carry on the conversation onto the set. He says there is no waste of time working with Baumbach, this being his fourth film with him.

Laura Dern who plays a sly and cut-to-the-bone lawyer, loves the family Noah creates, the safety net as she calls it, and now only wants to continue working with all of them. Producer David Heyman talks about how the director makes his job all that much easier by including everyone in the conversation even though there is clearly Baumbach’s mark on every frame.

To watch this talk about Marriage Story, click on the link above.