Continue to Deadline SKIP AD
You will be redirected back to your article in seconds
Skip to main content
December 20, 2019 2:14pm
2Comments 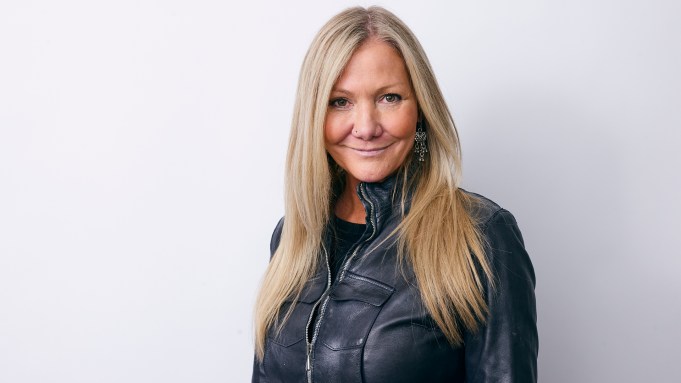 DreamWorks Animation’s films have taken families to the fairy tale worlds of Shrek and the fantasy worlds of How to Train Your Dragon. Abominable takes its young heroes on an adventure through real landmarks of China, with a lovable yeti named Everest in tow.

Abominable director Jill Culton told the crowd recently at The Contenders New York how she wanted to explore a travelogue through the film.

“The film is a journey film that starts off in a city that’s kind of based on Shanghai and goes all the way across China to the Himalayas,” Culton told the DGA Theater crowd of Academy and guild voters. “So I had a huge map on my wall when I started writing this movie and tried to chart a logical path. As I started researching, what I realized is that China has some beautiful places in it that no one knows about. I mean, we all know about the Great Wall. We know about the big cities.”

The Leshan Giant Buddha features prominently in a pivotal scene in Abominable, which was co-produced with Pearl Studio and released in theaters in September by Universal. While Yi (voice of Chloe Bennet) tries to get Everest home, they come across the Leshan Buddha. Yi recognizes it as a place her late father was planning to take her. He may be gone, but she still got to see it.

“I saw this Buddha and it reminded me of church and this is just the feeling I got, like it was hallowed ground,” Culton said. “I knew that this was the place where I wanted Yi to have her catharsis and lay her burden down and get over her loss. I wanted all of nature to kind of weep with her and so that was the vision behind this.”

The character of Yi also reflects a bit of Culton’s youthful rebellion. He trained in hand-drawn animation at CalArts and spent 10 years working at Pixar on shorts, Toy Story, A Bug’s Life and Monsters, Inc.

“I grew up in a little town called Ventura that was a beachside town and I surfed and skateboarded and camped and never cared what I was putting on in the morning,” Culton said. “None of it matched. I did not have a big self-awareness of what females were supposed to look like.”

Culton is of the generation weaned on princess movies. Like her counterparts at Disney making Frozen and Tangled, Culton wanted to turn the princess formula on its head. Yi weathers her journey better than her male companions, Peng (Albert Tsai) and Jin (Tenzing Norgay Trainor).

“It was really important to have a tenacious character who was tough,” Culton said. “She’s the one who’s not afraid to sleep in the woods. It’s the boy that doesn’t want to get his shoes dirty or messed up. So we did a little bit of role reversal in this movie and really gave her a tenacity and kind of a leap-before-you-look mentality which sometimes gets her into trouble which is great. But she really has this faith that she can make this impossible journey and she has the personality to back it up which is really fun.”