Continue to Deadline SKIP AD
You will be redirected back to your article in seconds
Skip to main content
April 30, 2019 8:01am 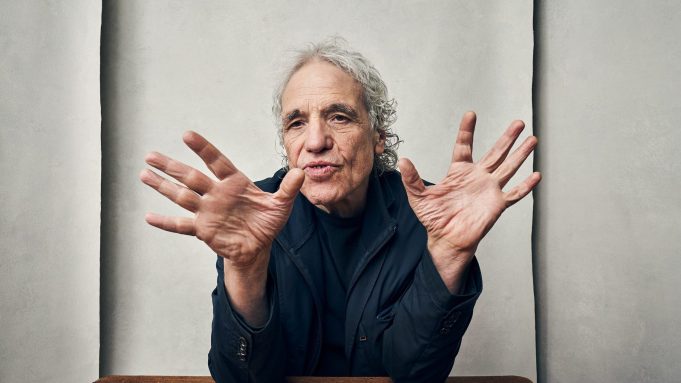 An iconic filmmaker hailing from the Bronx who currently lives in Rome, Abel Ferrara recently made a pilgrimage back home to shoot The Projectionist, his first New York doc in nearly a decade.

Premiering in Tribeca this past week, the film looks back at the heyday of independent film exhibition, through the experiences of Nick Nicolaou, the proprietor of three New York movie theaters, who has fought to keep the art house scene alive. Observing the evolution of the art form over decades, Nicolaou has likewise taken in changes within the motion picture business, which have threatened his outfit, as well as the classic moviegoing experience he so loves.

Interestingly, Ferrara first came across the theater owner while in Greece. Hearing Nicolaou’s voice, the director sensed that a kindred spirit was at hand. “I’m living in Rome, I’m far from home. I don’t really hear that language,” the director told Deadline recently, in conversation with Nicolaou. “When I heard him talking, it was like the language of my city.”

Referred to by Ferrara as “the man behind the throne,” Nicolaou reminisced about a time when exhibition was remarkably different, with substantial theatrical windows for art house pictures. “In [my] theater those years, we played movies like The Piano Teacher for 26 weeks, Mulholland Drive. The movies used to run a long time, until everybody got a very short [attention] span,” he said. “It’s tougher for art movies today than ever before, to play in movie theaters. It’s tougher for movie theaters to exist, playing strictly art movies.”

At a fascinating moment in film history—marked by blurring lines between entertainment formats, the increasingly disruptive presence of streaming services, and shifting exhibition practices—prominent figures across the industry have found themselves considering a couple of fundamental questions. What is cinema, and how should it be experienced?

Sitting with the complexity of our times, Ferrara doesn’t appear fazed. For him, the challenges and considerations heaped upon filmmakers are much the same as they’ve always been. “As a filmmaker, it’s always a challenge, one way or another. You’re too young, you don’t have the connects, you’re too old. But stories have got to be told,” the director said. “That’s the history of our culture, from when we were in the caves. That’s just the way it is, so that’s not going to change.”

“How people are going to get it, you’ve just got to—what do they say in America? Build a better mousetrap,” Ferrara continued. “You’re saying their attention spans are short? Make it faster. They want to see something big? Make it bigger.”

To take a look at our Tribeca conversation with Ferrara and Nicolaou, click above.