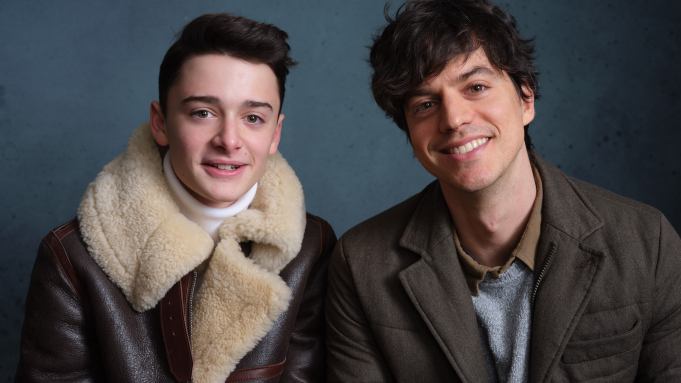 Known for his role as Will Byers in Stranger Things, Noah Schnapp plays a character who goes by many names, in the latest feature from Fernando Grostein Andrade. To the Israeli-Jewish side of his family, he’s Avram; to the Palestinian-Muslims, Ibrahim. His first-generation American agnostic parents call him Abraham—but this young man with a passion for the culinary arts prefers to go by Abe.

In the family drama, Abe is torn between the various facets of his family, feeling pressured to make choices about his identity just to please them. Hungry for an opportunity to learn, and a future in the kitchen, the boy sets out to Brooklyn, crossing paths with Brazilian chef Chico (Seu Jorge) and seeing his life change.

Andrade’s own story couldn’t help but inform his latest film; a native of Brazil, the director comes from a mixed family of Holocaust survivors. At the same time, his goal with the project was to connect more broadly. “I wanted to write a story that’s universal, about kids who have different backgrounds, and [are] trying to figure out their identity,” he explained at Deadline’s Sundance Studio. “I think this [film] is something really universal because most kids want their parents to get along, be together.”

While Abe features an array of impressive actors—including Better Call Saul (and Breaking Bad‘s) Mark Margolis—Andrade relished the opportunity to work with one particular talent on the project. An “entity in Brazil,” Jorge played a key role in the film, existing at its emotional center, as a mentor and unlikely friend to Abe. “He came from a very tough and challenging background in Rio de Janeiro, and when he did start growing as a musician, he did City of God, and explored [another] whole world,” the director explains. “He’s an amazing musician and an amazing actor, someone who’s always a shining light and fun on the set.”

To hear more from the director and star of Abe, take a look at the video above.