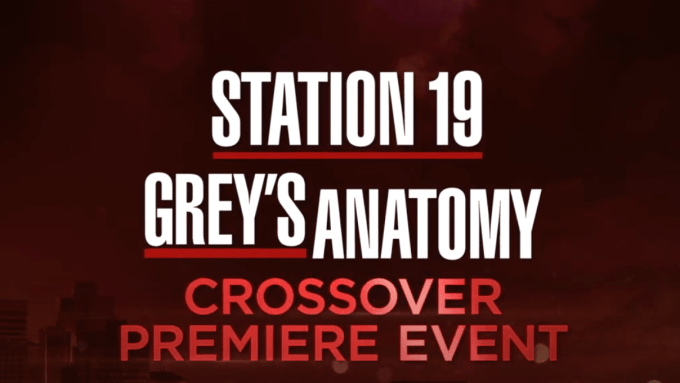 Unprecedented emergencies, big leaps of faith and anticipation for a familiar face await Station 19 and Grey’s Anatomy fans in the trailer for the upcoming crossover premiere event on ABC.

On Monday, ABC dropped the first look at the dramatic crossover episodes that mark the returns of Station 19 and Grey’s Anatomy, which are coming back for their respective fifth and 18th seasons.

Set to air Thursday, September 30, the crossover episodes begin with “Phoenix from the Flame,’ which sees the aftermath of Maya and Carina’s wedding and romance between old flames, along with some medical emergencies.

The season premiere of Grey’s Anatomy, titled “Here Comes the Sun” continues the previous storyline with new chapters for everyone at Grey Sloan in a post-Covid world. However, the latest arc comes with a blast from the past for Meredith as she meets a dynamic doctor with a connection to her mother.

The Station 19 and Grey’s Anatomy crossover premiere event begins at 8 p.m. on ABC. Watch the trailer above.