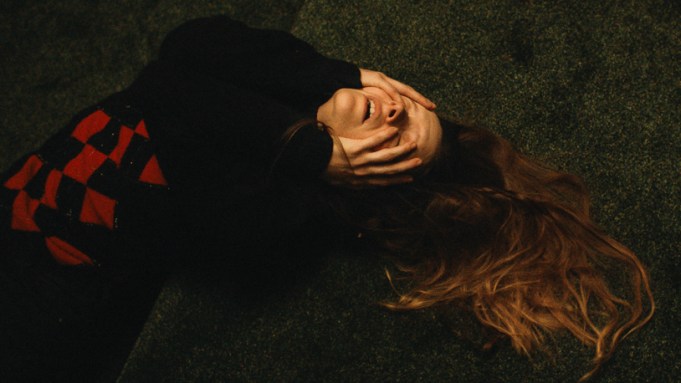 The just-released trailer for A24’s Saint Maud is a holy terror. The eerily intense and dangerously devout Maud (Welsh actress Morfydd Clark) is a hospice care worker who is out to save souls but may take some lives in the process.

The film is the debut effort by writer-director Rose Glass and the trailer’s unsettling energy and compelling imagery suggest that A24 will be adding another bold name to its list of genre-challenging horror successes, a list that already includes Midsommer, The Witch, Hereditary, and The Lighthouse.

The pic follows the pious but unstable Maud, who becomes convinced that she must save the soul of her dying employer, the cigarette-puffing nonbeliever Amanda (Jennifer Ehle), as signs of eternal damnation begin to present themselves in their isolated seaside town. In the trailer, Glass draws on the dark heritage of supernatural classics like Carrie and The Exorcist but grounds it with an everyday world brand of horror by tapping the Misery vein of medical menace.

Saint Maud made its world premiere in September at the Toronto International Film Festival and its U.S. premiere that same month at the Fantastic Fest in Austin. Saint Maud will be released by Studio Canal in the UK on May 1, 2020.

Along with Clark and Ehle, the cast featues: Lily Knight as Joy, Lily Frazer as Carol, Turlough Convery as Christian, Rosie Sansom as Ester, Marcus Hutton as Richard Carl Prekopp as Homeless Pat, and Noa Bodner as Hilary.