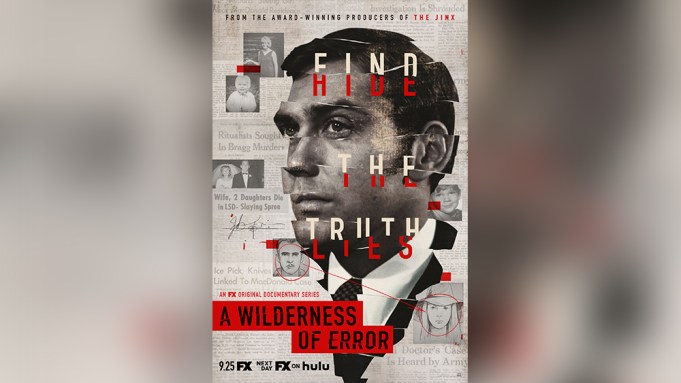 FX’s latest docuseries A Wilderness of Error takes a deeper dive into the case of Army surgeon and Green Beret Jeffrey MacDonald’s 1970 killings. The series will premiere on September 25, the network announced on Thursday.

Based off Errol Morris’ book of the same name, A Wilderness of Error follows the chain of events leading to one of the most noteworthy true crimes of the past century. The five-part non-fiction series also explores the rumored narratives of the murders as well its media aftermath.

MacDonald, who insisted that a group of Charles Manson-inspired hippies killed his wife and two daughters, was convicted of committing the murders and is serving a life sentence.

“When you think it’s over with,” an interviewee states about the late 20th century murders, “The story’s just beginning.”

FX will air the first the three episodes of A Wilderness of Error back-to-back on September 25 starting at 8 pm. The final two episodes will air the following week.

A Wilderness of Error, produced by Blumhouse Television and UCP, a division of Universal Studio Group; is part of FX’s new docuseries slate. Also part of the new docuseries lineup is The Most Dangerous of All, Hip-Hop Untold and Women In Comedy.