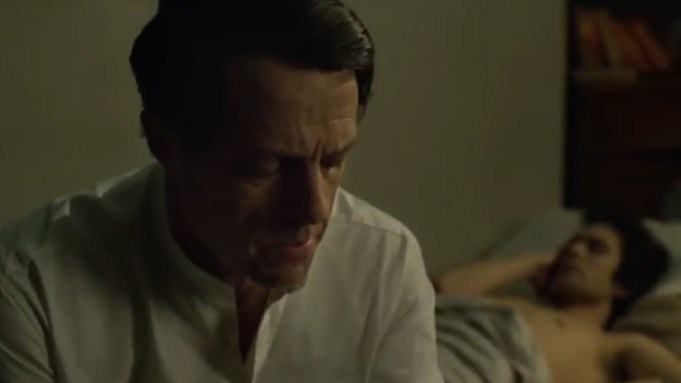 If you ever found the body count of lovers and their circles piled up by Francis Underwood and crew in House of Cards as too far-fetched for real life, allow me to introduce Jeremy Thorpe and Amazon’s quite excellent A Very English Scandal.

Led by a once again cracking Hugh Grant as the once pivotal and then disgraced UK politician, and Ben Whishaw as the former male model and the inamorato Thorpe tried to have killed in the late 1970s, the June 29-launching limited series would have been a surefire Emmy contender for its top actors if it had come out earlier, as I say in my video review above.

As it is, because the true events it so deftly depicts are largely unknown to American audiences, the three-part A Very English Scandal will make for very satisfying mini-binge on Friday night or this weekend – and would be a crime to be ignored by TV Academy voters next year.

Based on John Preston’s 2016 book on the twice-married Thorpe’s affair with Norman Scott, the almost comically bungled attempt to murder him and the 1979 trial of the well-bred Liberal leader that captivated the British public and tabloid press, the Stephen Frears-directed and Russell T. Davies-penned series finds the expanse of Grant’s skills on display big time. While Thorpe was ultimately found not guilty, Grant grimaces, growls and grandly takes this potential comedy of errors, which has already aired in the UK, beyond nonfiction farce to true tragedy with heartfelt candor over broken souls, a broken system, and a love that sadly could not and would speak its name.

Take a look at my video review of A Very English Scandal and see just how good Grant and 007 alum Whishaw are.