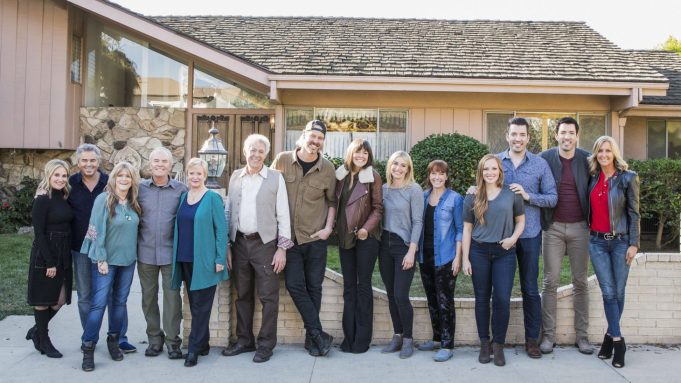 HGTV takes a trip down memory lane in its opening to A Very Brady Renovation, its upcoming four-part The Brady Bunch reunion series.

The Brady Bunch cast reunion comes more than 45 years after the series wrapped its fifth and final season.

A Very Brady Renovation chronicles the journey of a major home makeover for the Brady Bunch house, which began with the network’s purchase of the world-famous North Hollywood house in 2018. The series will unveil the transformation that took place. HGTV cameras captured more than 9,000 hours of the demo, renovation and meticulous replication of the house.

HGTV announced the reunion project in November, a few months after it purchased the Studio City house for way over market value and amid some mild controversy involving NSYNC singer Lance Bass.

“A Very Brady Renovation is the programming event of the year that Brady Bunch and HGTV superfans have been waiting for,” said Jane Latman, president, HGTV. “HGTV and the Brady Bunch house together is as big as we anticipated, and it’s been fun to see and hear how everyone lights up with excitement whenever we mention anything related to Brady.”

After their initial tour of the house, which looks nothing like the original studio set, the Brady cast and HGTV stars begin the renovation and replication. HGTV added 2,000 square feet to the original footprint of the house—all without compromising its recognizable street view. Jonathan and Drew pair up with Maureen and Susan to tackle the entryway, living room, iconic floating staircase and dining room, and the brothers also work with Christopher on the exterior overhaul.

Throughout the rest of the season, Christopher and Eve recreate the orange and green kitchen and family room with Leanne and Steve; Mike and Susan join forces with Mina and Karen to overhaul the kids’ bedrooms and the Jack-and-Jill bathroom as well as the backyard; Barry and Jasmine take on Mike’s den; Barry, Jasmine and Lara makeover Greg’s attic; and Eve and Lara recreate Alice’s bedroom.

“There are so many elements that had to come together to make this thing work. It’s almost unfathomable,” Williams said at TCA in July. “I love these people. We’ve had great relationships our entire lives but not all together at the same time. It was crucial to have every single person on this stage in that show. Very hard to do. Amazing that it was done. It had to do with each of us understanding that this was a project we wanted to lend our time to and our efforts towards.”

HGTV also crowdsourced vintage furniture and décor items true to the original TV series, some of which will be featured in the series.

HGTV also is sponsoring A Very Brady Contest in which fans can submit a :30- to :90-second video that shares why they deserve to win the grand prize — a six-night stay at the house from Dec. 9-15, 2019. The grand prize also includes coach roundtrip airfare for the winner and up to six guests, a curated LA tourist experience and $25,000 cash.