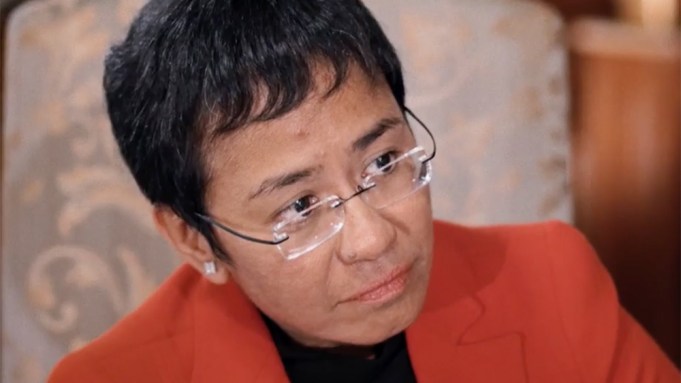 EXCLUSIVE:  As the United States goes through its own journey of civic unrest and social change, the Philippines is going through its own journey that is having a substantial political impact on the Asian archipelago and as seen in Ramona S. Diaz’s Sundance documentary A Thousand Cuts, which is set to open in theaters and in virtual theaters nationwide on August 7, the reverberations may have global consequences.

“So why should you care what happens in the Philippines?,” asks founder of the news site Rappler and Time Magazine’s Person of The Year, Maria Ressa in the first trailer for the docu. “They test the tactics of how to manipulate America in our country. If it works, they ‘port’ it over to the rest of the world.”

The docu examines social media disinformation campaigns and the current brutal crackdown on the news media in the Philippines by President Rodrigo Duterte – who has made Ressa one of his top targets.

“The fact that A Thousand Cuts becomes more relevant every passing day not only in the Philippines but globally is alarming,” said Diaz. “Right now, it is more important than ever to amplify Maria’s story because there are many Marias all over the world. Without a free press, democracy crumbles.

“We stand with fellow journalists like Maria Ressa in their quest for the truth, and we are proud to bring her story to our PBS audiences,” says Frontline Executive Producer, Raney Aronson-Rath. “The current events in the Philippines along with her conviction and the shutdown of one of the main television networks illustrates the looming threats against press freedom that could begin to happen everywhere.”

Duterte’s administration has been at odds with the media in the Philippines since he took office in 2016. In May, the government shut down ABS-CBN, the Philippines’ leading broadcast network.

In addition to the volatile tension between the Duterte administration and the media, the Philippines president recently approved the Anti-Terrorism Bill which is just as controversial if not more than his war on drugs. The law, which is slated to go into effect later this month and uses a broad definition of terrorism, grants power to the government to authorize warrantless arrests as well as detention without charge for several weeks. Petitions have been started against it any many have said it is a law targeting dissenters of the Philippine government. The act also affects those that are non-residents suspected of terrorism and are visiting the country.

A Thousand Cuts made its world premiere at Sundance Film Festival in January and debuted internationally at Hot Docs this summer. The film also screened as a part of AFI DOCS and Full Frame Film festivals. It will have its television broadcast premiere on Frontline (PBS) in January 2021. Watch the trailer for the timely documentary above and check out the poster below.