Continue to Deadline SKIP AD
You will be redirected back to your article in seconds
Skip to main content
September 9, 2020 8:30am
1Comments 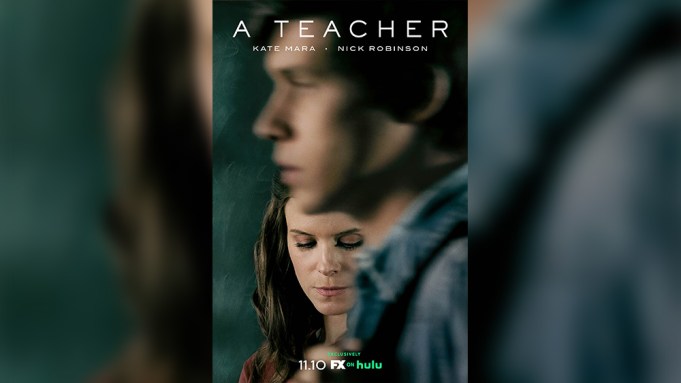 The teaser gives an inside look at the relationship a high school teacher Claire (Mara) shares with her student Eric (Robinson). While it starts with the scenes of the two main characters sharing embraces and kisses, the trailer juxtaposes the close moments with the two in school maintaining their distance from each other to keep their relationship a secret.

“Listen, you cannot tell anyone about us, ever,” Claire says.

The clip goes on to see Mara’s Claire conflicted about her feelings for her student, as her devoted husband (Ashley Zuckerman) proposes they start a family. As if the tensions at home weren’t enough, Claire receives a disturbing call from her school.

After someone filed a report of the teacher’s illicit affair with a student, keeping the secret becomes virtually impossible for both parties. Robinson’s Eric goes through emotional turmoil but gains the respect of fellow classmates. Claire, on the other hand, sees the issues in her marriage rear an ugly head as her husband confronts her.

“Look at what it’s doing to us,” Claire tells her student.

During a panel, Fidell said she thinks A Teacher stands out from previous depictions of student-teacher relationships previously shown in shows including Dawosn’s Creek and Riverdale. Such portrayals, she said, don’t necessarily highlight the emotional and legal consequences of the illicit relationship. Fidell also noted that involving the audience in the high points and the low points of Eric and Claire’s affair might encourage some reflection about what an abusive relationship can look like.

“We just sort of wanted to make the audience complicit in the affair,” she said. “The relationship is actually not what it seems and there’s a really bad side of it and potentially he’s a victim here. I want the audience to feel that way as well so to go through the journey with Eric.”

A Teacher, directed by and executive produced by Fidell, will premiere exclusively on Nov. 10 and stream exclusively on Hulu. The limited series is one of the many titles on FX’s fall lineup along with Archer, A Wilderness of Error and Fargo. Black Narcissus will premiere later this fall.

The producing team behind A Teacher are  Michael Costigan and Jason Bateman of Aggregate Films, with Louise Shore and Danny Brocklehurst serving as executive producers.