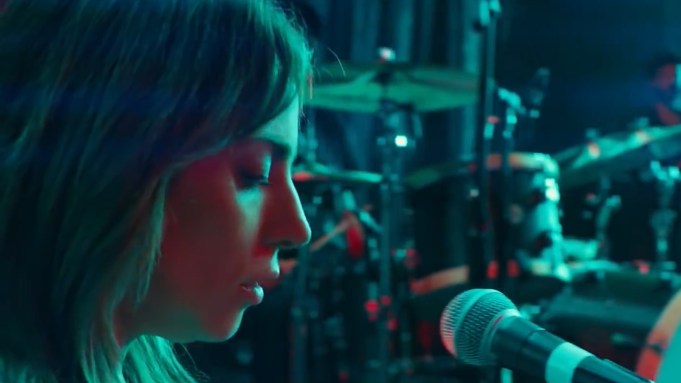 There probably isn’t a more durable franchise in Hollywood history than A Star Is Born. Even Star Wars, James Bond and their ilk can’t compete in terms of longevity with this star-crossed love story that has been a staple of movies since 1937 when Janet Gaynor and Fredric March starred in the first version.  Then in 1954 it was Judy Garland and James Mason, and in 1976 it was Barbra Streisand and Kris Kristofferson.

Between them A Star Is Born has racked up 18 Oscar nominations and, if there is any justice, will greatly swell that total with its latest incarnation starring Bradley Cooper and Lady Gaga, which has its North American premiere tonight at the Toronto Film Festival after first being seen to great success in Venice. In a word, it’s sensational. And at its heart it has all the earmarks of the previous films, but still is able to march to its own drummer as I say in my video review (click the link above to watch).

Cooper not only stars, but directs, co-writes the script, produces, and even helps create some of the songs, which have a country pop tinge to them and are first rate, including Gaga’s heartbreaking “I’ll Never Love Again” at the end of the film.

That one inevitably will turn up at the Academy Awards. We all know Gaga can belt this stuff out with the best of them, but Cooper is a revelation in his musical numbers (all recorded live), completely believable as a superstar country artist named Jackson Maine, both on stage and in tender scenes where he falls for the promising songwriter Ally played by Gaga. The screenplay by Eric Roth and Cooper & Will Fetters follows the trajectory of past Star Is Born movies, but it has been wrapped in a thoroughly contemporary package and more completely gets to the artistic soul of the story, rather than the melodramatic aspects emphasized in some of the past versions. This one moves the tale into the music world just as Streisand’s did 42 years ago.

At its heart though A Star Is Born is a classic love story, and Cooper is smart enough to keep that at its center and not let the tragic showbiz ups and downs get in the way as the couple tries to stay together through tough circumstances and Jackson’s demons with alcohol. Their journey together begins when he spots Ally singing “La Vie En Rose” in the drag club where she works. Taking her under his wing, he encourages her to perform the songs she’s writing and in no time, through his insistence, they are on stage together at one of his sold out concerts singing the first of many memorable original tunes the movie has in store. As her star begins to rise, those demons of his start causing his star to decline. But it isn’t jealousy that becomes the biggest conflict between them, rather the pop direction of her now micro-managed career that disappoints and depresses him to the point of an embarrassing drunken breakdown on stage as she wins the Best New Artist Grammy. The bones of all the other movies derived from this premise are there intact, but this is the first Star Is Born in which I was a sobbing idiot by the end. Who knew? This whole cinematic souffle completely falls if you don’t believe the chemistry of these two star-crossed lovers, and Cooper and Gaga, in her first feature film lead, have it in spades. I know this story backwards and forwards and tried to resist, but thanks to the poignancy and passion of its stars I completely succumbed to it and the tears it gets are completely earned – and then some.

Among the fine supporting cast Sam Elliott as Maine’s older brother and road manager is the standout. This terrific veteran actor makes his scenes with Cooper really pop as he tries to keep his younger sibling in check. Andrew Dice Clay as Ally’s dad is wonderful in a complete change of pace casting triumph, as is comedian Dave Chappelle in an all too brief but effective dramatic turn. Rez Gafron is also terrific as Ally’s manager Rez, the guy guiding her career who often finds conflict with Maine as he drives her in a direction he doesn’t like. Also fine, and adding a nice warm touch is Anthony Ramos as her BFF and co-worker Ramon. But there is no question this movie is driven by its stars and with this 2018 incarnation not only is a new movie star born in Lady Gaga, but a new director is born in Cooper. In short, even if you think you know what you are going to see, the newest take on a classic is classic itself and nothing less than wondrous.

Producers are Bill Gerber, Jon Peters, Todd Phillips, and Lynette Howell Taylor along with Cooper. Warner Bros will release it on October 5.

Do you plan to see A Star Is Born? Let us know what you think.