Continue to Deadline SKIP AD
You will be redirected back to your article in seconds
Skip to main content
November 29, 2018 1:36pm 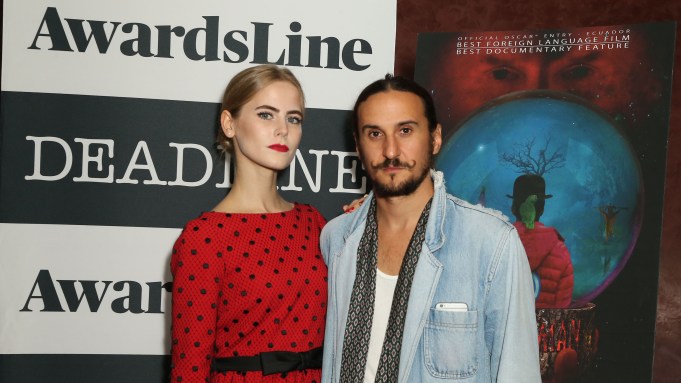 An ambitious Ecuadorian artist whose driving goal in life for many years was to be a good son to his father—a larger-than-life, Amazonian explorer—Jamaicanoproblem set out on his first feature 10 years ago, seeking to immortalize his father through the creation of an immersive cinematic experience.

Fusing the heightened aesthetic possibilities of narrative film with the naked truth of documentary, A Son of Man is Ecuador’s submission this season for Best Foreign Language Film. It follows Pipe, a teenager who is called to join his mysterious father on a quest through the Amazon, in search of lost Inca gold. Starting out in a bright, breezy fashion, the film gradually descends into surreal, psychologically driven darkness, evoking the dark mystery of nature and man himself, brought forth in Joseph Conrad’s classic novella Heart of Darkness.

As he went about the early years of bringing his film to life, the director experienced the worst thing imaginable, losing the father who had such an impact on his life. “When my father died, I had a gigantic crisis of representation. I didn’t know who I was, I didn’t know what I wanted to be,” he said last night, sitting down with producer Lily van Ghemen for a conversation, following Awardsline’s screening of the film.

Little did he know what this pivotal moment would awaken within him—and subsequently, within his film. “When he died, I was about to throw the film into the garbage—and I realized that because of focusing on being the best son to my father, I neglected my role as a father with my son. Instead of getting depressed, that week when he died, I found a new meaning, and that’s where the film starts,” Jamaicanoproblem said. “I thought it would be a good McGuffin to start a new beginning with him and become the father I should have been before.”

Through his art, the helmer “exorcised” himself out of codependence, but it would take a long time to get his film to a place where it made narrative sense. With this piece, there was never a script, never a master plan to look to as a guide through the workings of his own mind, and everything that his camera would capture over time. So, the director and his producer worked backward, reverse engineering a film out of many expeditions and a collage of vivid experiences. “We had shot over 500 hours of footage before our final expedition. There were many ways, even after our final expedition, that we could have told this narrative,” van Ghemen shared. Again, it was outside forces acting on the project—on the director’s own life—that played the biggest part in determining what this film would become.