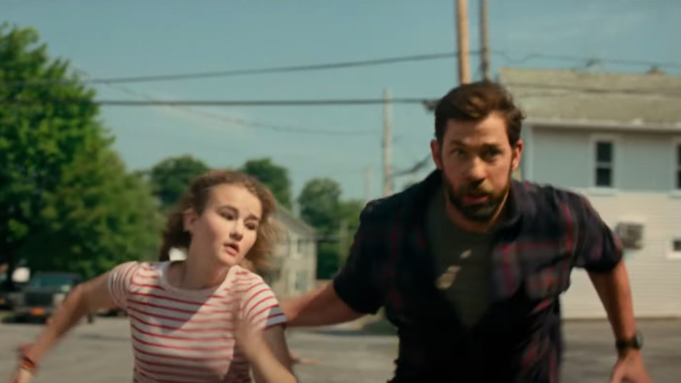 It looks like the monsters have come out of the forest in the sequel to John Krasinski’s 2018 smash hit, A Quiet Place, and they are hungry. Whereas the first movie played hide and seek with the creatures, the final trailer for A Quiet Place Part II sees them wreaking havoc all over town, in what looks like a boiler room and, of course, back in the forest.

Paramount Pictures’ debut of the final trailer is good news for the film. The title has bounced around on the release calendar five times since its original date of March 2020. The fact that Par has posted the final trailer is a vote of confidence that, as Covid numbers fall, the movie’s May 28, 2021 release date will stick. Another vote of confidence for the quality of the project: That’s Memorial Day weekend.

Krasinski and Emily Blunt are back as Lee and Evelyn Abbott in the Krasinski-directed sequel, as are Millicent Simmonds and Noah Jupe as their children. The trailer also gives us glimpses of Djimon Hounsou and Cillian Murphy in supporting roles.

According to the film’s official synopsis, the Abbott family must now face the terrors of the outside world as they fight for survival in silence. Forced to venture into the unknown, they realize that the creatures that hunt by sound are not the only threats that lurk beyond the sand path.

Watch the trailer for hints at that plot as well as a quick homage to the Alien franchise.

The footage ends with the words “Only in Theaters,” which is a great thing to see after a year away from the kind of big screen entertainment this film promises. According to CEO Bob Bakish, A Quiet Place Part II will appear on Paramount+ after a 45-day theatrical run.

The first installment of A Quiet Place was a major hit for Paramount in 2018, scoring $188 million in the US and more than $340 million worldwide.