Continue to Deadline SKIP AD
You will be redirected back to your article in seconds
Skip to main content
January 8, 2019 8:40am 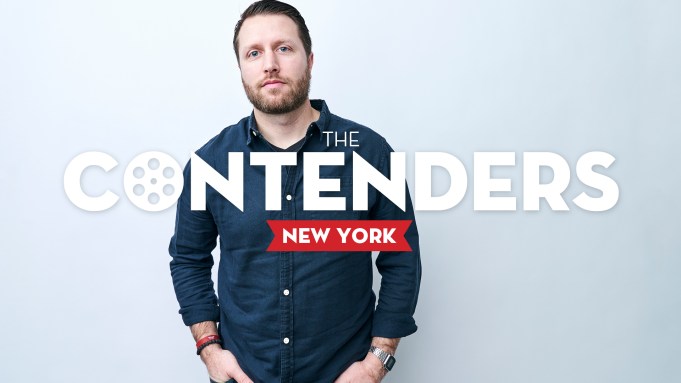 With A Private War, Oscar-nominated documentarian Matthew Heineman took on the story of real-life war correspondent Marie Colvin for his narrative feature debut. Onstage at Deadline’s first The Contenders New York, Heineman discussed how, with Rosamund Pike giving what he calls an “unbelievable” performance as Colvin, he was able to perfectly blend his documentary-making skills into the experience.

“There’s a scene in the film where she uncovers a mass grave in Iraq and it really felt like a verité documentary scene,” he said. “We shot all the war zones in Jordan, and all the extras that we used were actually real refugees from the various countries we were depicting, so at this mass grave in Iraq, the women who are wailing are real Iraqi women reliving trauma.”

Heineman didn’t stop there. When it came to pursuing authenticity, he cut no corners and never shied away from the brutal truth of his subject — a reality that proved tough on Pike at times.

“There’s a scene at a hospital at Homs where a young man brings in his son who ends up dying,” Heineman said, “and that footage ends up getting on her last broadcast with Anderson Cooper before she’s killed. The man who brought that boy in, I spent weeks and weeks and weeks finding him, interviewing different people to play this role, and he was also from Homs. His 2-year-old son was killed by a sniper and bled out in front of him, so the trauma and the emotion that he brought into that room was so immense.”

It was during this scene that Heineman said Pike stopped and asked Heineman if what they were doing was OK, since she felt the lines were so blurred between documentary and the film.

“I said to her, ‘Look, this is something that I deal with on a daily basis as a documentary filmmaker. Your human instinct is to give them a hug, or to give them space, but your job is to capture it, as it was Marie’s.’ “