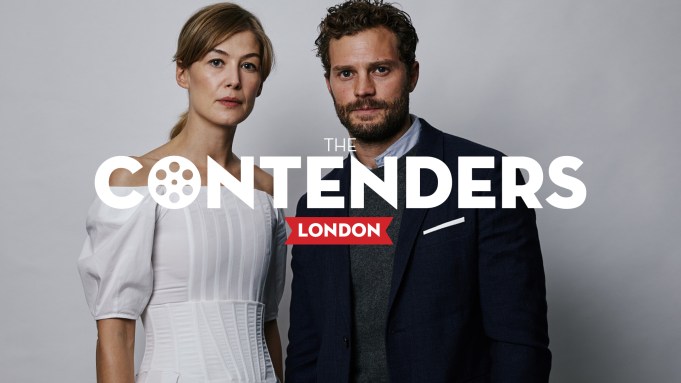 A Private War is shedding light on the truth of war reporting according to Jamie Dornan and Rosamund Pike. The film tells the story of war correspondent Marie Colvin, played by Pike, who was killed in 2012 after crossing the Syrian border into the city of Homs with photographer Paul Conroy, played by Dornan.

Speaking during Deadline’s recent The Contenders London awards-season event, Dornan said, “A big part of doing this film is to shed light on the magnitude of what these people put themselves through to tell the truth in war-torn places. We’ve both definitely done films that are just entertainment, and provides a certain service, and sometimes it’s a little deeper than that. By opening people’s eyes to certain causes, you can be a very good thing.”

He added it helped that it was made by Matthew Heineman, a documentarian making his narrative-feature debut from Arash Amel’s script.

“Since 2012 when Marie was killed, 500,000 civilians have died in Syria; it’s not getting any better, we’re still a bit closed off to it,” he said. “So having someone who wants to unearth truth rather than glamorize or make it some Hollywood version of what’s going was ideal.”

Pike said she wanted to take on the role of Colvin because The Sunday Times journalist was someone she greatly admired, and she felt other people would find her inspiring.

“Precisely, because there’s a trope of the fearless war reporter and here’s someone who is not fearless, who has tremendous fear but also belief and goes through that fear in the name of the cause she believes in,” she said. “Every war correspondent has a certain risk threshold beyond which they are not willing to go and plenty of people when the story was in Homs said that was beyond their risk threshold, but Marie said, ‘That’s what we do’.”