‘America’s Most Wanted’ Returning To Fox With Elizabeth Vargas As Host
Read the full story
June 19, 2019 9:48am 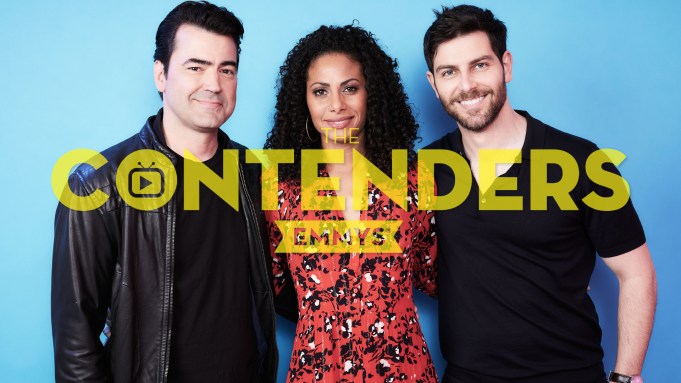 Created by a comedy writer, DJ Nash, ABC’s freshman drama A Million Little Things tackles head-on difficult issues such as suicide, mental health, cancer, alcoholism and sexual abuse while allowing itself to laugh. That is what actor Ron Livingston, whose character commits suicide in the pilot, found appealing to return to network television after more than a decade.

“The thing that DJ expressed was that he wanted to tackle all the sort of third-rail storylines that generally TV shows either couldn’t touch or when they did, had to be treated in a very special episode,” Livingston said at Deadline’s The Contenders Emmys event. “And he wanted to  attack them with both pathos and humor.”

Nash was inspired by the suicide of a friend when he created the series whose themes also have touched upon real-life experiences of the cast.

“I’ve lost a couple of buddies in college to suicide,” David Giuntoli said, adding that the experiences have had an impact on his work.

Christina Moses’ character on the show has to deal with the emotional trauma from being sexually abused as a child.

“There are some people in my life who are dealing with that on a very real level,” Moses said. “I wanted to do that justice but not get swallowed into it.”

She called the scenes in that episode the toughest to film.

“I did a eulogy where I had to pretend that Ron Livingston was in a casket behind me. That was difficult,” Giuntoli recalled.

On a lighter note, Livingston said  he struggled with an athletic scene.

“There’s a softball game, where I’m coaching the game and I really wanted to do that thing where they throw you the ball, and you catch it without looking. It was hard,” he said to laughter.

Asked if he managed to catch the ball, Livingston proudly said, “I did!”

Watch above a video of the QA&, in which Giuntoli also addresses his final scene in the Season 1 closer where he comes clean to his wife about fathering a child with Jon’s (Livingston) widow.