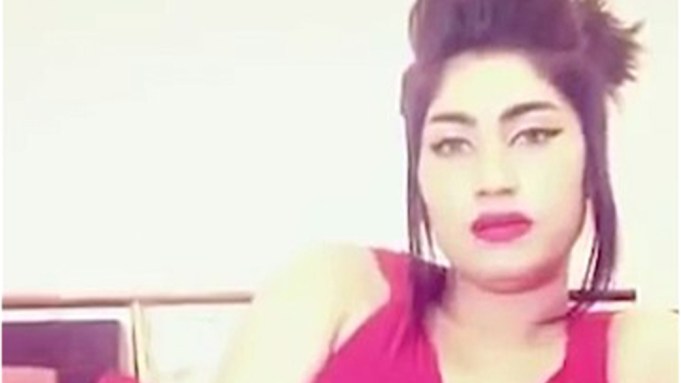 EXCLUSIVE: A Life Too Short, the MTV Documentary Films movie about the honor killing of one of Pakistan’s first social-media stars that resulted in changes to the laws there, will debut on Friday, January 22 at 7 p.m. ET on Pluto TV. The short, produced by two-time Oscar winner Sharmeen Obaid-Chinoy, directed by Safyah Usmani and executive produced by Sheila Nevins and Guy Oseary, was recently spotlighted at Deadline’s Contenders International awards-season showcase.

Its premiere will be followed by the debut of Julia Jansch’s Tribeca Film Festival winner My Father The Mover.

Both hail from MTV Documentary Films, which is also behind the buzzy 76 Days, a feature from Hao Wu about the first days of the coronavirus pandemic in Wuhan, China.

A Life Too Short examines the 2016 killing of Pakistani activist and social media star Qandeel Baloch, a provocative proponent of women’s rights and freedom of expression who challenged conventional ideas with her open exclamations of women’s equality and sexuality. She was killed by her brother, which led to changes in Pakistani law.

My Father the Mover, also a Critics Choice Documentary Awards nominee, centers on Alatha, a South African teenager whose father calls himself The Mover. Using African dance moves – electronic Gqom beats – he helps kids in Khayelitsha township to transcend hardship and “find their superpowers.” While he has helped many, he still has difficulty getting his own daughter to find her own powers. But that is all about to change.