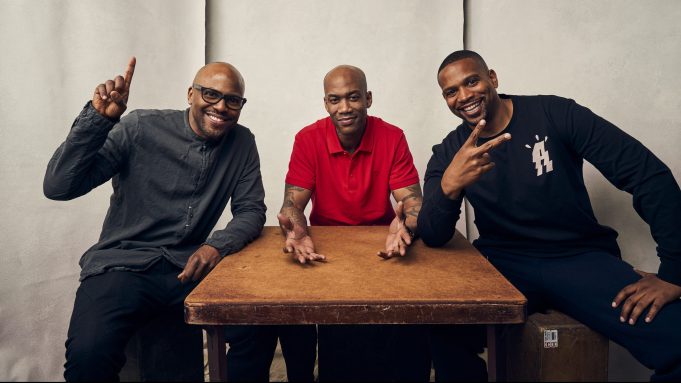 Before shooting A Kid From Coney Island, a documentary on former NBA star Stephon Marbury, Chike Ozah knew little about the man, apart from a few specific facts. “I knew how much of a beast he was as a basketball player, coming out of class at ’96. I knew that much about him,” the doc’s co-director told Deadline recently, “and I just knew that his career in New York, there was controversy around it.”

From Ozah and Coodie Simmons, the Tribeca doc dissects the rise, fall and rebirth of an elite athlete, from childhood through his 13 years in the NBA, and on to a career high, shooting hoops as part of the Chinese Basketball Association.

For the film’s directors, the essential appeal of the project was that it wasn’t just a basketball doc, but rather a family story, and a story about Marbury’s Coney Island community, which had turned on the player after a series of high-profile disputes he engaged in during his NBA career. With this in mind, Ozah saw in the Tribeca Film Festival the ideal platform for his pic’s premiere. “I think it’s like a homecoming. I think a lot of people here needed a chance to hear his side of the story. They needed a chance to get some context behind who Steph really—starting from the family level, from the values that make him who he is, and the elements that he grew up around,” the helmer said, sitting down for an interview with Marbury and Simmons. “The media didn’t do that, so I think it’s the only fair thing now, for people to be able to make a decision about who they think Steph is.”

For Ozah, it was an early meeting with Marbury, arranged by producer Nina Bongiovi, that first showed him that the athlete was “special,” and that his story was, too. “We had a lot in common. We all had lost our fathers, we all come from underprivileged backgrounds, low-income families, so we’re all super spiritual,” he shared. “The spirituality is the thing that locked the key for us. It was like seeing a brother from another mother, so we were sold.”

Meeting the directors, Marbury, too, felt an instant connection. “We hit it off right away… which was the most important part for me. Because when someone is telling your story, the truth is really what you want to be told,” the doc subject said. “These guys were really honest with their work, and they really put their hearts inside of it. It wasn’t just about doing a documentary; it was more about the message they were trying to get out.”

No stranger to the spotlight, Marbury came from a basketball family, so he was used to being scrutinized, by the time he sat before cameras, being interviewed for the doc. What A Kid From Coney Island offered, as a project, was the benefit of hindsight, and the opportunity to look at the highs and lows of his life journey with some perspective.

Speaking with Deadline, Marbury demonstrated a sense of clarity about that journey, and the points along the way that meant the most to him. “I think going to another country and being able to evolve past my thinking, and what actually went on in America, was a little bit different from what athletes experience here in America,” he said.

A nation of “1.4 billion people, and over 400 million people that play basketball,” China offered Marbury a kind of redemption—the opportunity “to show my ability to not only play basketball, but how I was able to overcome so many different things, from the challenges that I faced playing in America, and then leaving.”

To view for yourself our conversation with Marbury, and the directors of A Kid From Coney Island, take a look above.