Continue to Deadline SKIP AD
You will be redirected back to your article in seconds
Skip to main content
December 12, 2019 4:28pm 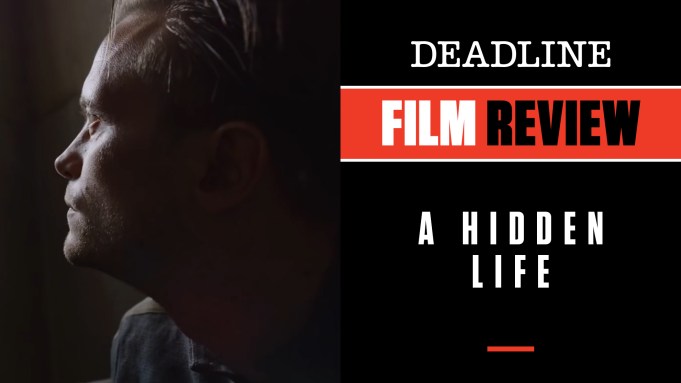 To be quite honest, I would rather have back surgery than sit through Terrence Malick’s previous three films ever again, or recommend that anyone submit themselves to the experience of To the Wonder, Knight of Cups and Song to Song. They were all excruciating, indulgent and pointless exercises for Malick, who in 2012 had a big career comeback with The Tree of Life which won the Cannes Film Festival’s Palme d’Or and was nominated for the Best Picture Oscar. His obsessions with flowing fields and blowing leaves, and whispered voice-over dialogue, was also in that film, but artfully used. His sudden prolific binge of films after that, however, using the same techniques in overlong and incoherent storylines, was just a waste.

This is all to say that since its world premiere in May at Cannes, I somehow found ways to avoid putting in three hours to see his latest, A Hidden Life. But when I finally did I was transfixed, and the true artist behind movies like Badlands, Days of Heaven and The Thin Red Line had reemerged right before my eyes. Welcome back, Mr. Malick. You have made another masterpiece.

Yes, this nearly three-hour movie has some of the same attributes of his recent works — the slow evolving pace, the whispered voice-over dialogue, the rolling fields — but somehow it all is here this time to serve a story, and what a story it is. This is the true tale of Franz Jägerstätter (August Diehl), an Austrian peasant farmer who refused to fight for the Nazis and Hitler during World War II despite threats of imprisonment and execution. Instead, this simple man has a sense of morality and conscience, a man who puts his belief in faith and family above all else and who will not compromise it despite enormous pressure to do so.  He is urged by everyone eventually to sign a loyalty oath to Hitler, not even to have to join up and fight, and then he will be left alone. The movie details this battle of wills that simply presents a person who aspires to a higher order than just going along with something he thinks is immoral and dangerous to humanity.

Malick has wrapped this little known true story in the service of a message, subtly presented, that should resonate with audiences today living in similarly dark times and in a world that seems to have lost its way. If ever the time was right to tell Jägerstätter’s courageous life story, it is now, and if ever a movie can make a difference in the way we view our own sense of good and decency and humanity, it is this one.

Diehl is excellent and understated as Jägerstätter, creating a slow-building but powerful performance that moves us deeply. The same goes for his wife Franziska, played by Valerie Pachner, fearful of losing the man she loves more than anything but helpless to do much about it though she tries. Pachner is also excellent here, as is the impressive supporting cast of European actors including Tobias Moretti, Matthias Schoenaerts, Jurgen Prochnow, Bruno Ganz and Michael Nyqvist — the latter two having both since passed away during the long gestation period of postproduction that Malick films usually go through. The film is a fitting tribute to them, and to the talents of a director I thought had lost his way. A Hidden Life, a life-affirming movie and a gift for the holiday period, is proof positive he hasn’t.

Producers are Elisabeth Bentley, Dario Bergesio, Grant Hill and Josh Jeter. Fox Searchlight via Disney puts it in release Friday. Check out my video review with scenes from the film by clicking on the video above.

Do you plan to see A Hidden Life? Let us know what you think.