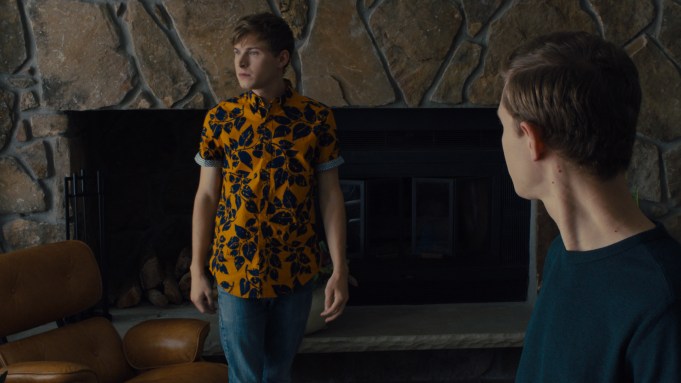 We first told you about hazart’s feature A Hard Problem back in September 2019. In this new independent feature from producers Ryland Aldrich, Adam Maffei and hazart, young man Ian (Johnny Berchtold) is dealing with his mother’s death, packing up the house where he cared for during her waning years.

“Ghosts don’t have to be real for the dead to visit the living” one character tells him in the trailer.

A strained relationship between Ian and his sister leads him to discover there are complicated circumstances behind the life he didn’t realize he was living.

The drama/sci-fi feature is making its virtual world premiere at Cinequest on Saturday, March 20, at 8PM PST.

Take a look at the trailer above, and hazart’s Instagram here.

Aldrich’s productions It Happened in L.A. and Folk Hero & Funny Guy respectively made their world premieres at Sundance and the Tribeca Film Festival.

Maffei is a writer, director and producer on Disney Channel’s Disney Quizney. He also produced the Chloe Bennet comedy drama 5 Years Apart, on which Aldrich was a consulting producer.

hazart is the collective and collaborative efforts of writer/directors Kyle Hasday and Matt Stewart. The duo have written and directed films together in addition to creating fine art photography and photo essays. The two began their collaboration in 2002 while attending Chapman University’s School of Film and Television.