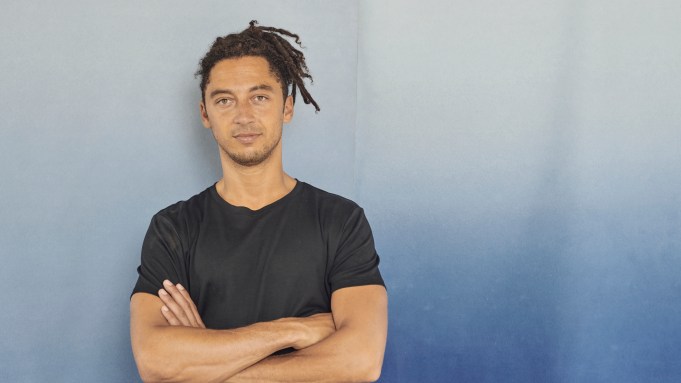 Filmmaker Jonas Carpignano rounds out his Calabrian trilogy with Directors’ Fortnight entry A Chiara, the story of a 15-year-old girl who learns some hard truths about her close-knit family when her father disappears. Carpignano stopped by Deadline’s Cannes Studio to talk about making the film and his experiences in Gioia Tauro, Italy, where each of the three pictures has been shot. Check out the video above.

Carpignano’s previous features, 2015’s Mediterranea and 2017’s A Ciambra, both premiered in Cannes — the first in Critics’ Week and the second in the Fortnight (it was Italy’s representative for the Oscars that year and had also been shepherded by the emerging filmmakers fund spearheaded by Martin Scorsese, his Sikelia producing partner Emma Koskoff and RT Features’ Rodrigo Teixeira).

In A Chiara, Swamy Rotolo plays the eponymous character and was someone Carpignano had initially come across during a casting call for A Ciambra. He had just finished the screenplay for A Chiara and immediately saw Rotolo as the character and rewrote the script with her in mind, even though the project was still years away.

Carpignano told Deadline, “I would like to say I had this master plan from the very beginning and that I wrote all three films and went down to make them, but that’s not exactly the truth. I went down there initially to make a short version of the first film which was about the race riots in southern Italy and then once I got there, I immediately knew that there were more stories to tell.” He ended up staying for more than a decade.

The filmmaker, who is bi-racial and half-Italian and half-American, said he was “always very conscious of race relations” while he was growing up and spending a lot of time in Italy. For Mediterranea, he chose Gioia Tauro because it was “a good entry point to start to discuss race and what was happening with this new wave of migrants coming in to southern Italy.” He went there initially just to do research on that one specific event, “and one thing led to another and I ended up staying for over 10 years.”

Returning to Cannes this year, Carpignano said, “I hope this is just the beginning of things taking a turn towards the normal in whatever version the normal takes.”

Check out more from our discussion in the video above.