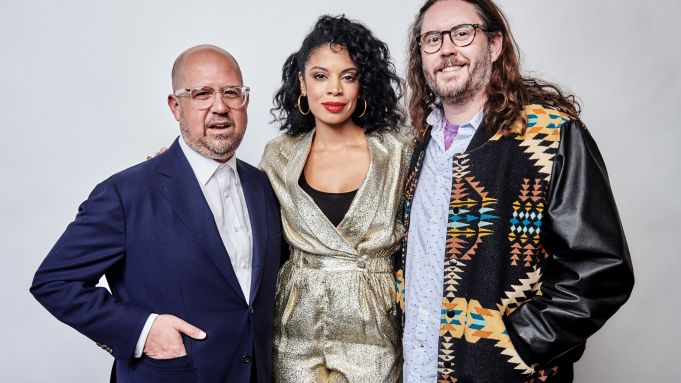 Marielle Heller’s A Beautiful Day In The Neighborhood has already been labeled a biopic, since, ostensibly, it tells the true story of children’s TV host Mr. Rogers. Many were surprised, then, that Tom Hanks, who plays Mr. Rogers, is being considered for Best Supporting Actor, rather than the lead. But that’s because Heller’s film takes a very different route into Mr Rogers’ legacy. Using the story of troubled journalist Lloyd Vogel (Matthew Rhys), a hard-hitting reporter sent to interview him, she shows how Mr. Rogers’ gentle, almost cartoonish public persona masked a perceptive, caring and deeply empathetic human.

Appearing at the DGA Theater as part of Deadline’s ninth annual The Contenders Los Angeles all-day event for Academy and key guild members, producer Youree Henley told Deadline’s Antonia Blyth that the biopic label was very much a turn-off when the project first came to him. “I think the thing that first struck me about it was, I’m not really a huge fan of biopics,” he admitted. “I feel like what I loved about this was the approach that [screenwriters] Noah Harpster and Micah Fitzerman-Blue had come up with. The way into it was through Lloyd, this jaded journalist, which I frankly could kind of relate to. Some of the things that he was going through were things that, I felt, were human things that we could all connect with.” Although the character she plays—Lloyd’s wife Andrea—isn’t based on a real-life person, actress Susan Kelechi Watson agreed that her part was easy to identify with, notably the now-famous scene where she answers the phone to Fred Rogers, who, she is astonished to hear, knows her name. “I watched Mr Rogers all the time, growing up,” she said. “So, if somebody said, ‘Mr. Rogers is on the phone,’ I’d be like, “It’s Mr. Rogers!” and lose my mind. So, there’s things that I can draw on, just from my own database.”

Composer Nate Heller, Marielle’s younger brother, also professed to be a Mr. Rogers fan, and not just for his pioneering work as a TV show host. “For us,” he explained, “the first order of business was really honoring Fred’s legacy, because he wrote all the music for the show, which was then arranged by his wonderful bandleader, Johnny Costa. So, that was priority one for us— how do we honor his legacy?”

For more on A Beautiful Day In the Neighborhood, click on the link.