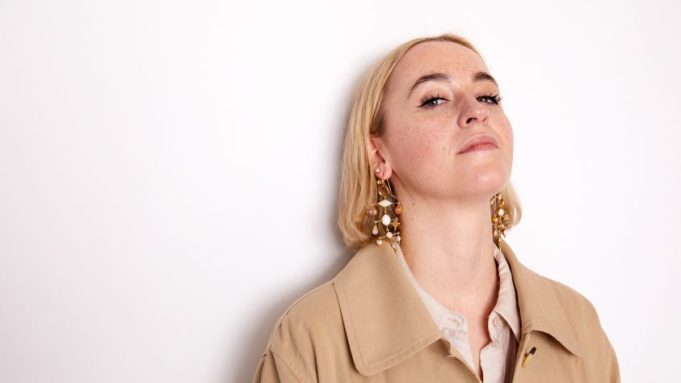 A Banquet is a feast for fans of horror, especially the psychological kind.

Scottish filmmaker Ruth Paxton’s directorial debut, making its world premiere at TIFF, revolves around a mother and her two teenage daughters who dwell in an expensive but austere house in Britain. The mom tries to maintain a veneer of order in the home after her husband commits suicide, but any pretense of normalcy is shattered when the eldest child, Betsey (Jessica Alexander), undergoes a mystical experience while staring into a blood-red moon.

“Betsey has a sort of spiritual encounter at a party and she comes to believe that she has a profound new sense of purpose,” Paxton explained as she appeared at Deadline’s TIFF Studio in Toronto. “That then starts to affect the family as a whole because she stops eating and from [her mother’s] perspective that’s a huge issue because she wants her daughter to eat. The true horror at the center of this film is about the breakdown of this very special family unit.”

The idea of consuming food becomes odious to Betsey, yet despite refusing sustenance, she doesn’t drop an ounce. Paxton describes the film as a “modern” take on the horror genre because it doesn’t rely on standard techniques to unsettle an audience, like jump scares.

“Most horror, if you kind of unpick it, is rooted in things that we are afraid of as human beings,” Paxton noted. “But they are kind of dressed up as monsters or paranormal creatures or external forces… I think this is a film that fits into the brand of horror that maybe Ari Aster is pioneering and [Robert] Eggers, which is to do with transcendental horror, which is about facing up to, really, the horrors of what it is to be human and the things that are really scary about being alive.”

“This is always where we wanted it to premiere,” Paxton affirmed. “We were waiting for it and hoping for it, so when the news came through it was the best news we could have got. I’m extremely delighted… I feel very, very lucky indeed.”

Hear more from director Ruth Paxton, including the drama she extracted from a scene that involves the eating of a pea, by clicking on the video above.