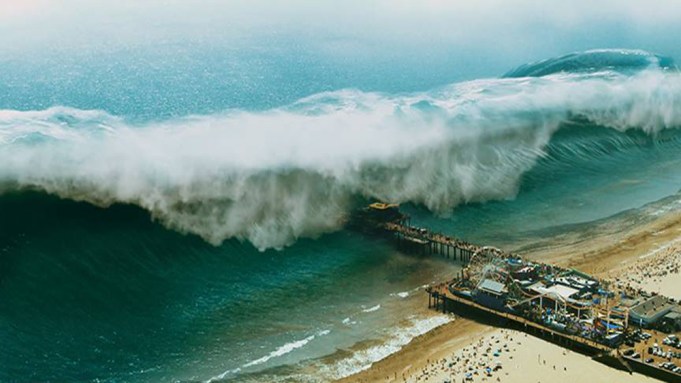 “9-1-1, what is your emergency?” As is heard at the beginning of this first trailer for Season 3 of Fox’s first-responders drama, an emergency is the absence of choice. And the unlucky souls who are enjoying an L.A. beach day when a tsunami hits have one choice.

The clip for 9-1-1 sets the scene with parents and kids diggin’ the rays, gettin’ wet, and generally havin’ a good ol’ time on and around the Santa Monica Pier. But when the water suddenly begins to rush away from the shoreline, things turn ugly in a hurry.

And it’s all set to the ominous tones of a “Cruel Summer” cover.

Well, at least we don’t any shark attacks — including the asphalt type portrayed in the show’s Season 2B trailer. Regardless, it’s not nice to fool with Mother Nature.