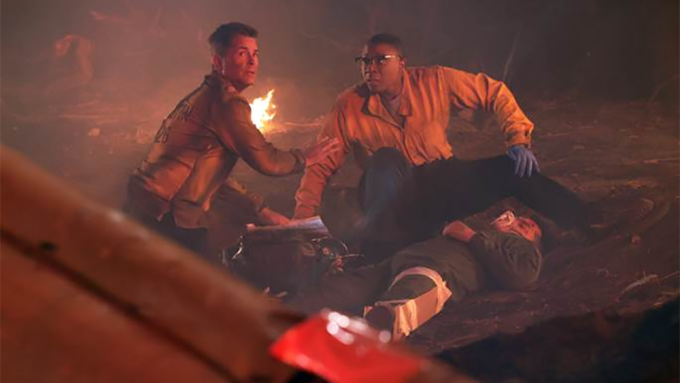 Fox’s anticipated 9-1-1 and 9-1-1 Lone Star crossover will see Austin and Los Angeles crews come together to quell Mother Nature’s ravaging forces when it premieres next week.

In the trailer for Fox’s crossover event, titled “Future Tense,” Austin’s 126 and Los Angeles’ 118 taking on a blazing Texas wildfire that scorches anything in its path, making for a dramatic collision of teams. The teams will race against the clock to save what’s left of the Texas campground and save a group of teenagers trapped by the blazes.

The following 9-1-1 Lone Star episode, “Hold the Line,” will see Rob Lowe’s Owen Strand and Aisha Hinds’ Hen fight for their lives in the aftermath of a helicopter crash.