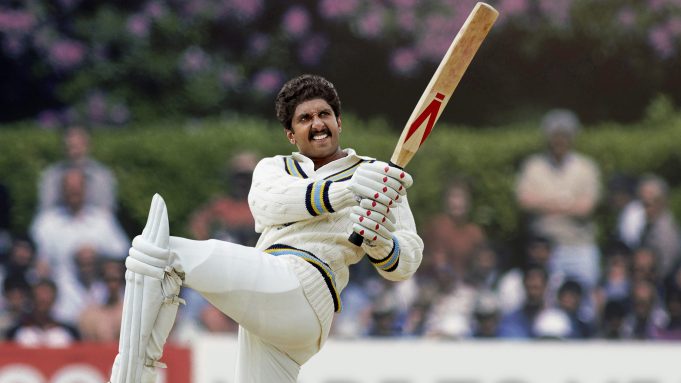 Here’s the debut trailer for ‘83, the Hindi-language sports drama starring Ranveer Singh as Kapil Dev, the cricketer who led India to its first cricket World Cup.

The film, which has had its release delayed several times by the pandemic, is scheduled to roll out on December 24. Before then, it will have its world premiere as the closing film of the inaugural Red Sea International Film Festival in Saudi Arabia on December 15.

Kabir Khan directed the pic, which chronicles how Dev who led the Indian cricket team to its first World Cup victory in 1983 at the hallowed Lord’s Cricket Ground in London against the West Indies, regarded at the time as invincible.

Production companies include Reliance Entertainment, Phantom Films and Kabir Khan Films. Deepika Padukone also stars in the film and is a producer.