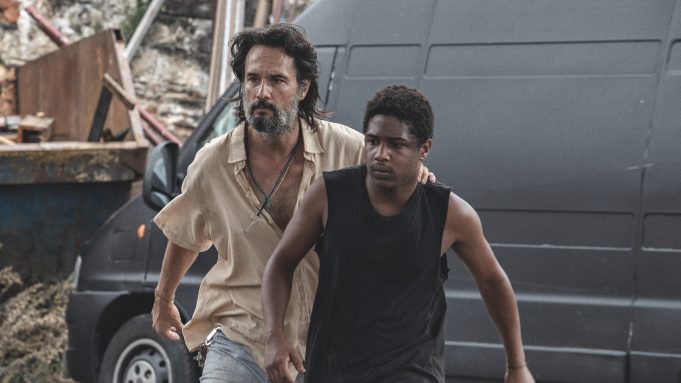 On Wednesday, Netflix unveiled the official trailer for 7 Prisoners, a Brazilian thriller produced by Oscar nominees Ramin Bahrani (The White Tiger, 99 Homes) and Fernando Meirelles (The Two Popes, City of God), which is set to hit select theaters and debut globally on the streamer in November, and may well be put forward for Best International Feature Film.

The second feature from Alexandre Moratto (Sócrates) centers on 18-year-old Mateus (Christian Malheiros), who hopes to find a way to provide a better life for his working-class family in the countryside. Accepting a new job in São Paolo, he is shuttled into the city with a handful of other teenage boys from his town, unaware of what awaits them: exhausting work in a scrapyard and the seizure of their identity cards by a vicious taskmaster and exploiter, Luca (Rodrigo Santoro), who threatens them with the unthinkable if they try to escape. But, as Mateus learns, even the boss has a boss. And if he wants to find a way out, what will he have to become?

The film premiered in the Horizons Extra section of the 78th Venice Film Festival on September 6, subsequently going on to make its North American premiere in Toronto.

Check out the trailer for Moratto’s latest above.