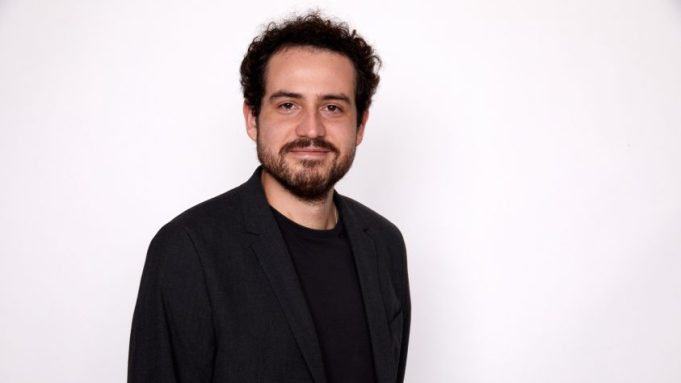 In the drama 7 Prisoners, a poor, young man from rural Brazil gets a shot at what sounds like a solid opportunity—a job at a metal scrapyard in São Paulo, earning enough money to help support his mother and sisters back home. Matheus (Christian Malheiros) and a small group of teenagers in similar economic circumstances head to the big city, but when they get there a nightmare awaits.

“[Matheus] starts the job. Everything’s normal at first but after a week with no pay he notices that there’s something strange going on,” director Alexandre Moratto explained as he stopped by Deadline’s TIFF Studio in Toronto. “He finds himself in a situation of human trafficking and modern-day enslavement.”

Matheus and the other young men are told they must work off debts for their transportation and lodging before they will be freed. They’re kept under lock and key at night, their escape barred by armed men, including Luca (Rodrigo Santoro), the menacing guy who oversees the shop.

The film, which headed to TIFF after its world premiere earlier this month in Venice, is fiction. But it’s based on a chilling reality.

“It’s not just happening in Brazil. It’s a global issue,” Moratto said. “There’s 40 million people, by UN estimates, who are in situations of human trafficking and enslavement in the world today. That’s a lot of people. And it’s in every country and it’s hidden from view.”

Matheus must decide whether to remain aligned with his fellow prisoners, or seek some kind of better bargain.

“He has to find a way to survive,” the director noted. “He starts to learn the ropes and see if he can find a way out by actually getting closer to the very person who’s enslaving him, his boss Luca.”

Moratto discovered Malheiros during a nationwide casting search for his feature directorial debut, Socrates. At 22, Malheiros has become a rising star in Brazil.

“I wrote the role [of Matheus] for him and I wanted to explore a more different side to him, a more stoic side,” Moratto noted. “He worked in the field to prepare for that role, to know what it’s like to live in the countryside.”

Santoro, known internationally for his work in Love Actually, and 300, plays the complicated Luca, a man capable of violence, but with a past perhaps not so different from Matheus’s.

“Rodrigo Santoro is a phenomenal actor… He’s a legend,” Moratto said. “I knew he could do it… but I’ve never seen him take on a role like this, playing an antagonist with so many different layers and different situations that he’s been through in his life. I wanted to see him take this on. I love watching great actors challenge themselves and his performance is just stunning.”

Click on the video above to hear more from Moratto, including where he first learned of the global scale of human trafficking and enslavement.