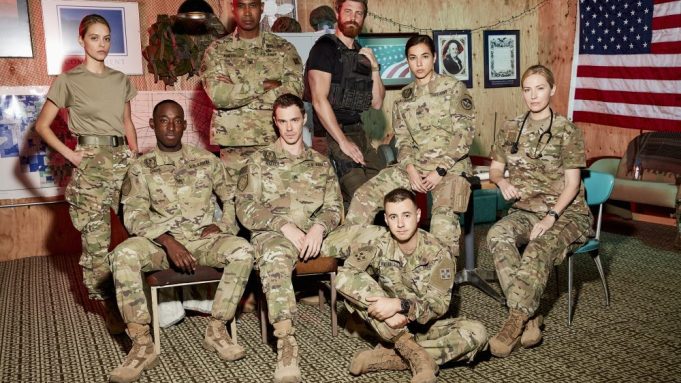 Paramount Network has released the first trailer as well as a behind-the-scenes look at Brian Grazer and Ron Howard’s military dramedy 68 Whiskey and it is giving off some major modern-day M*A*S*H vibes. The cable network will premiere the new series January 15 at 10 pm ET/PT.

Adapted from the Israeli television series Charlie Golf One, 68 Whiskey stars Sam Keeley, Jeremy Tardy, Gage Golightly, Cristina Rodlo, Beth Riesgraf, Lamont Thompson, Nicholas Coombe and Derek Theler and follows a multicultural band of Army medics stationed in Afghanistan on a base nicknamed “The Orphanage.” Together, the medics navigate a dangerous and sometimes absurd world, relying on comradery, various vices, and, occasionally, a profound sense of purpose to carry them through.

Watch the trailer above and check out the “Inside 68 Whiskey” featurette with the cast and crew of the series and the poster below.