Continue to Deadline SKIP AD
You will be redirected back to your article in seconds
Skip to main content
October 1, 2019 8:02am
7Comments 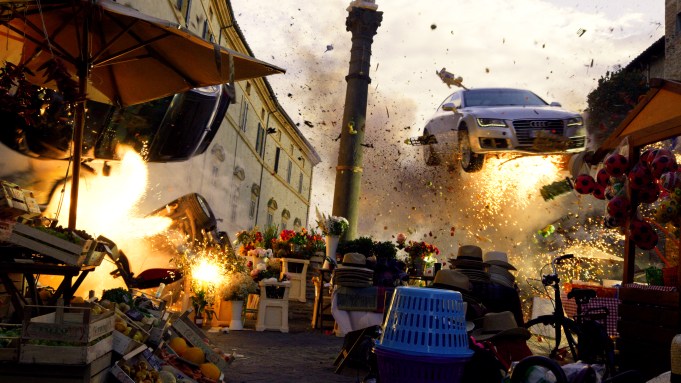 Netflix earlier Tuesday set a December 13 launch date for 6 Underground, the action pic from Michael Bay that stars Ryan Reynolds. Now comes the trailer that reveals a bit more about the plot, from a script by Reynolds’ Deadpool scribes Paul Wernick & Rhett Reese.

What we know: Six individuals from all around the globe, each the very best at what they do, have been chosen not only for their skill, but for a unique desire to delete their pasts to change the future. The team is brought together by a leader (Reynolds) whose sole mission in life is to ensure that, while he and his fellow operatives will never be remembered, their actions damn sure will.

Action would be the keyword from the looks of the trailer, as one might expect from a director-writer team behind Transformers and Deadpool movies — and also what one might not expect from a streaming service.

Says Reynolds character at the end of one wild set piece: “God, this is all so f*cking dangerous.”