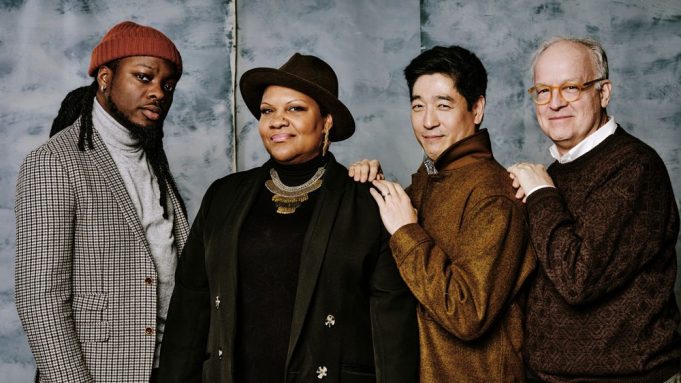 4A native of New York and a playwright, Radha Blank’s The 40-Year-Old Version has been a buzzy title at Sundance. The award-winning script was chosen for the 2017 Sundance Institute Directors and Screenwriters Lab and is a story that parallels Blank’s own life.

Set in New York, the comedy follows a down-on-her-luck playwright who thinks the only way she can salvage her voice as an artist is to become a rapper — all at the age of 40. Blank, who also stars in the film, stopped by the Deadline studio with her co-stars Reed Birney, Oswin Benjamin and Peter Y. Kim to talk about how this film was an “exorcism” for her.

“I had to get this story out,” said Blank. “As an artist in New York, I’ve had my share of troubles and noticed these trends in terms of who decides who gets to tell what story to what audience — and that really frustrated me.” She adds that in addition to that, she lost her mom and best friend and felt that she needed to address it through story.

“Oftentimes the gatekeepers doubt your ability to tell a story or be an artist because you don’t fit the mold of what they want to present,” she continued. “It was a way to confront my frustrations — and celebrate the city that informs my way of telling stories.”