Continue to Deadline SKIP AD
You will be redirected back to your article in seconds
Skip to main content
November 6, 2018 2:18pm 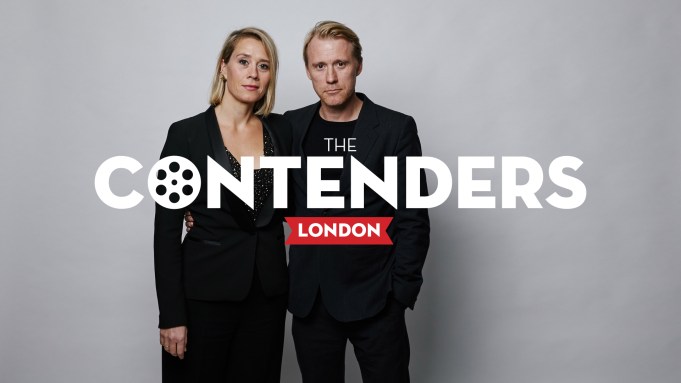 It’s a grim sign of the times that dramas about contemporary acts of terrorism have become a specialized sub-genre of cinema. The list of films includes 15:17 to Paris, Patriots Day, World Trade Center and Flight 93 — and, now, 22 July, which chronicles the events on the date in 2011 when a right-wing extremist named Anders Breivikwent went on a rampage that left 77 people dead in Norway.

July 22 was written and directed by Paul Greengrass and premiered earlier this year at the Venice Film Festival. Two of the 22 July cast members, Maria Bock and Thorbjørn Harr, discussed their feelings about the sensitive subject matter when they joined Deadline co-editor-in-chief Mike Fleming Jr on stage at The Contenders London.

Bock said art has the responsibility to be provocative when the world tilts toward extremism or political aggression.

“When you look at the world today where Donald Trump is a bully, and he is bullying his way to the top and he’s staying there. He’s not being a good role model. We need to say as artists and directors and scriptwriters, we need to lead the world in another direction, and we need to say what we think and how we feel about this thing. I get a little bit of hope for the future today — because it feels like we are now taking the responsibility and the possibility we have as artists to lead the world in the right direction.”

For victims and their families, the production and promotion of the film comes with a consequence — it “rips this up again,” as Harr put it — but the importance of the message was greater than the pain. Harr recounted his conversations with the man he portrays, a parent of one of Breivikwent’s young victims.

“I asked him how did he feel that we showed the face of terrorism…and he was so clear on this, he said it is so important that we face it, that we see it,” he said. “The title of the book that Paul Greengrass based the script on is called One of Us. And he was. So we need to face that.”

A second film (the docudrama Utøya: July 22) was released this year about the same terrorist attack, highlighting the fascination with the 2011 massacre. Bock said that fascination needs to be met with art and activism that opens the world’s eyes to extremist threats that can be fomenting in overlooked corners. “If we are leaning backwards and don’t care about how the world is developing it it will happen again and again,” she said.

Netflix released 22 July on the streaming service October 10, and sources tell Deadline it was viewed by 14.5 million subscriber accounts in its first three weeks worldwide. It also hit theaters in 134 markets, including the top 15 U.S. markets.