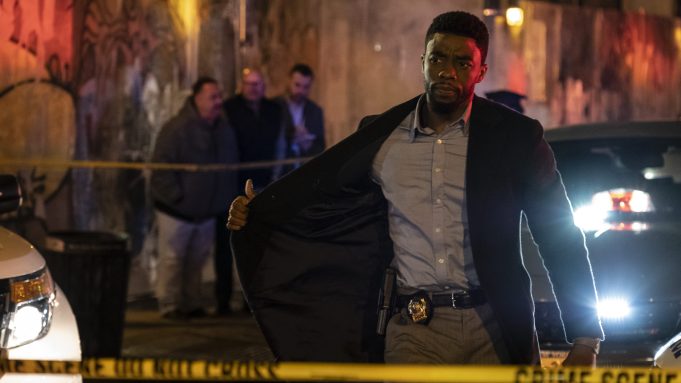 Directed by Brian Kirk and produced by Anthony Russo and Joe Russo the second trailer for 21 Bridges gives us more of the thriller that follows an embattled NYPD detective (Boseman) who is thrust into a citywide manhunt for a pair of cop killers after uncovering a massive and unexpected conspiracy. As the night unfolds, lines become blurred on who he is pursuing and who is in pursuit of him. Boseman’s character is determined to catch these killers and goes to extreme measures to do so. He shuts down bridges, closes tunnels, seals off rivers — practically locks down the whole island of Manhattan. No one could come in or go out, and that either could help or hurt this intense chase.

Although it wasn’t laden with Marvel news and surprises the Russo brothers’ panel at Hall H mainly focused on their indie studio AGBO, which finances filmed projects in any medium while keeping creative control within the hands of artists. The duo have been teasing their appearance on their social media weeks leading up the San Diego confab.