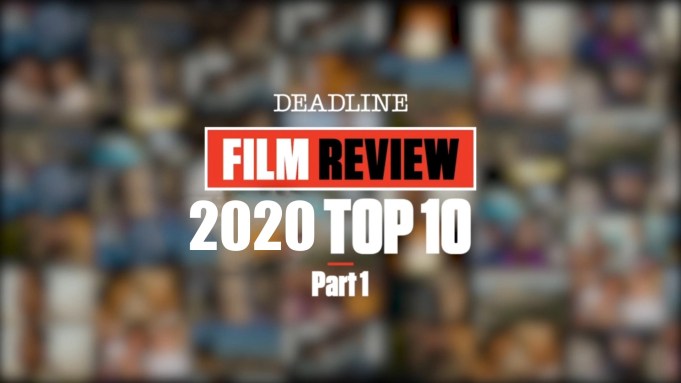 It’s that time again. Time, that is, for my annual best list of my 10 favorite films this year — at least those I thought shone through for one reason or another in at a very tough time for us all.

Considering the devastation caused by the coronavirus pandemic, I suppose we should be happy to have enough movies at all to make up such a list. But it turns out that the quality was there, thanks largely to streaming services, and so was the ability to at least be able to see top-level cinema when theaters — in L.A. and NYC, at least — have been shut down for nine months, with no end yet in sight despite hopeful outlooks for vaccines taking hold in the first half of the new year.  I am, however, a big proponent of the theatrical experience, so the real disappointment has been in being forced to navigate the majority of films I saw in 2020 through a variety of secure screening services requiring various codes and multi-factor authentications that have allowed me to get to know just about every tech support person currently working in this field.

On top of that, for critics at least, nearly all of these movies uniformly were viewed with their name burned into the picture just in case we had the urge to pirate them I suppose. No such worries. It is bad enough we are forced to view and review the work of top filmmakers like this, so there is no way I would want to contribute to the offensive tactic of slipping them into cyberspace. Even my own KCET Cinema Screening Series, usually held live and in person at the Aero and Arclight theatres over the course of the year has been forced to go virtual, and in keeping the movie watching habit alive, I am happy to contribute to the cause in that way while looking forward to the time when we can all gather together again in the dark for the communal experience of seeing a movie once more in the glories of the big theater screen.

Numerous movies originally set for 2020 have moved off the calendar into other years in hope that the theatrical experience for which they were intended comes back in earnest. Thus, there were fewer top-flight studio films and indie gems to choose from, but those that played the streamers, VOD, drive-ins and other methods here in L.A. where I live made up in quality what the industry’s output lacked in the usual quantity of A-list titles. In other words, I had no trouble compiling a list of worthy films — my criteria being movies that not only were great examples of the art form or their particular genres but also in many cases strove to make a difference. In 2020, a year of isolation and the lack of human connectiveness for so many, I managed to find several movies made before the pandemic that, viewed in the prism of this worldwide health crisis, take on meanings their creators probably never imagined. They are represented here, as well as others that lifted us out of the doldrums; took our mind off the present; and made us laugh, cry, think and be thankful for a medium that can’t be destroyed, no matter how we managed to experience it.

Although I saw several movies in the hybrid virtual film festivals that took place this year — or have been shown but still am embargoed from even discussing, with most of them set for release in January and February in order to qualify for the extended Oscar season that runs through February 28 — my 2020 10 Best consists strictly of those films that got an actual proper release in Los Angeles (sorry, Nomadland), in whatever format, between January 1 and December 31, 2020. For the first time that means there will be many top-flight Oscar contenders not counted here as there is still two months for them to qualify with the aforementioned proper release.

As always I am dividing the presentation into two parts. Today I reveal Nos. 10 through 6, and then on Thursday it’s Nos. 5 through 1. The choices might not match the majority of critics’ lists or typical films found on most. Let them follow one another like lemmings, but I have my own reasons explained in the video you can see by clicking the link at the top of this post. There you will find the first half of my choices for 2020’s best from a musical in the old style, comedies both sophisticated and outrageous, an action-adventure I managed to catch in a rare foray to a theater this year, a movie that celebrates the movies and another film that marks the return of a true screen legend.

Check it all out at the link above.