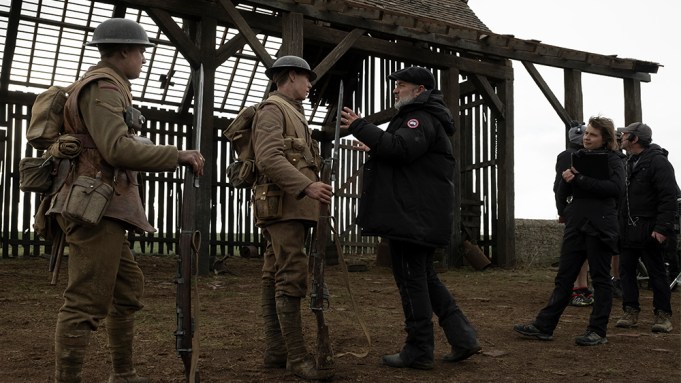 EXCLUSIVE: Even though it was a late entry this awards season (not coming into the contest until late November and skipping the usually obligatory film festival circuit altogether), 1917 has emerged as a frontrunner heading into the BAFTAs this weekend and the Oscars one week later.

The short season hasn’t seemed to hurt the Universal film, produced and financed by Amblin Partners and New Republic, as it was the surprise winner of Best Motion Picture – Drama and Director prizes at the Golden Globes, took three Critics’ Choice awards including a tie for Director, and has now won key stops at the guilds as Best Picture” at the often-predictive PGA and the top Directing award from the DGA.

With nine nominations from BAFTA, and 10 for the Academy Awards, the World War I epic from director Sam Mendes, seemingly made with one shot, is a favorite to do extremely well at both.  Its Original Screenplay is also competing at the WGA Awards on Saturday. Clearly it has struck a chord with industry voters who often point out the sheer awesomeness of the technical achievement in pulling this all off.

To find out how they did it, click the video above and check out this new behind-the-scenes featurette.