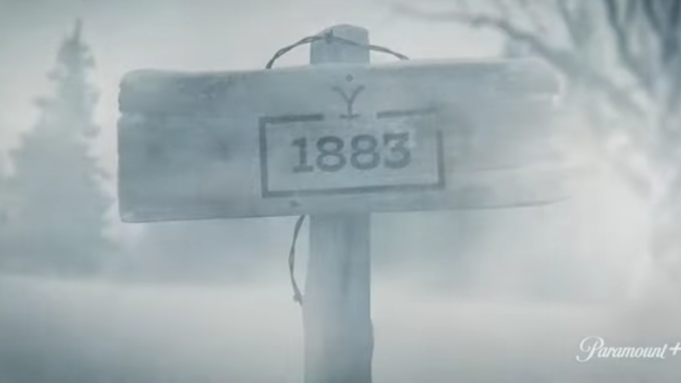 1883 follows the Dutton family as they embark on a journey west through the Great Plains toward the last bastion of untamed America. It is a stark retelling of Western expansion, and an intense study of one family fleeing poverty to seek a better future in America’s promised land — Montana.

Billy Bob Thornton, who will guest star in the role of Marshal Jim Courtright, also appears in the teaser. Featured cast also includes Isabel May and LaMonica Garrett.

“I heard 1,000 stories but none could describe this place,” a voiceover in the teaser says. “The road west is filled with failures. It was a dream, and the dream is coming true. We’re in the land of no mercy now.”