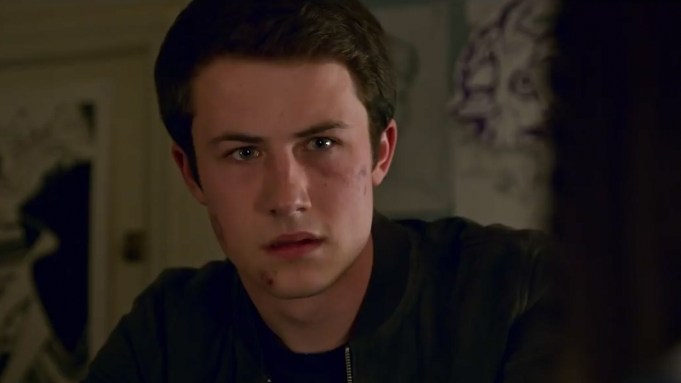 If you are looking for a good reason to watch the second season of 13 Reasons Why, don’t look onscreen. Launching Friday, the return of the YA drama based on Jay Asher’s bestselling 2007 novel is really only justified in Netflix’s desire to bulk up inventory and attract and maintain subscribers, as I say in my video review above. Otherwise, with the exception of a solid performance again by the talented Dylan Minnette, the Brian Yorkey-showrun adaptation has run out of gas and source material.

After the tale of teen suicide of Hannah Baker (portrayed by Katherine Langford) propelled the astute first season to cultural phenom status and corresponding controversy, the 13-episode Season 2 tumbles into the tropes of courtroom drama and topical preaching. With Minnette as the probing Clay Jensen, the flashback-heavy second season begins several months after Hannah’s suicide and finds her mother (Kate Walsh) having sued the local high school on grounds that its negligence in curbing the cruelty of some of its students led to her daughter’s death. The promising premise however gets waylaid and then trapped in throwbacks, PSA intros, mysterious threats, an under-utilization of Langford and a finish that is fundamentally flawed to say the least.

The worst part is it didn’t have to be like this for 13 Reasons Why. Sure, we don’t know how Season 2 of Big Little Lies will turn out as it draws from the short stories of author Liane Moriarty, but certainly the second cycle of Hulu’s The Handmaid’s Tale shows how a series can branch off successfully from its original inspiration. Having run though most of Margaret Atwood’s 1985 dystopian novel in its first season (as HBO’s Emmy-winning Big Little Lies did for Moriarty’s 2014 book of the same name), Season 2 of the Elisabeth Moss-led Handmaid’s Tale weaves together threads from the iconic author and new material to spin its own tale. Leaping from social media to the big screen to the small screen, Season 2 of Justin Simien’s Dear White People similarly used the first season’s foundation to kick it up several notches and bring the Netflix audience along.

Take a look at my video review above and see why that is not the case for Season 2 of 13 Reasons Why. Tell us what you thought of Season 1 and whether you’ll be watching Season 2?