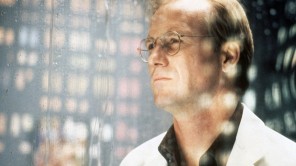 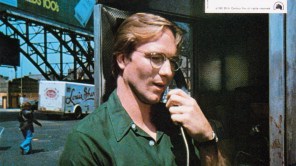 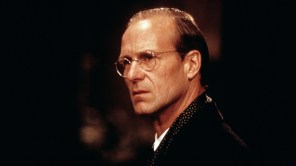 William Hurt, an Oscar winner for Kiss of the Spider Woman who often played a quiet intellectual in his early acting roles but later took more strident turns in science fiction and Marvel films, died today, a week before his 72nd birthday.

William Hurt’s son, Will, posted today that his father has died. It was announced in May 2018 that the elder Hurt had terminal prostate cancer that had spread to the bone.

“It is with great sadness that the Hurt family mourns the passing of William Hurt, beloved father and Oscar winning actor, on March 13, 2022, one week before his 72nd birthday,” his son wrote. “He died peacefully, among family, of natural causes. The family requests privacy at this time.”

Hurt had three consecutive Best Actor Academy Award nominations in the mid-1980s for Kiss of the Spider Woman (1985) — for which he also won Best Actor at the BAFTAs and the Cannes Film Festival — Children of a Lesser God (1986) and Broadcast News (1987). He later snagged a Supporting Actor Oscar nom for A History of Violence.

He later earned Emmy nominations for Too Big to Fail in 2011 and Damages in 2009.

His debut film role was in 1980, playing a scientist in the science fiction thriller Altered States, for which he received a Golden Globe nomination for New Star of the Year. From there, he played a memorable role as the lawyer seduced by Kathleen Turner in Lawrence Kasdan’s Body Heat (1981). Kasdan cast Hurt again in 1983 as part of the ensemble in The Big Chill. He then appeared in the role of Arkady Renko in Gorky Park.

His career continued with such films as A.I. Artificial Intelligence, The Village, Syriana, The Good Shepherd, Mr. Brooks, Into the Wild and Robin Hood.

In 2014, Hurt was on the scene of one of the worst on-set accidents in recent history. He was starring as Gregg Allman in director Randall Miller’s biopic, Midnight Rider, when a train smashed into the set on a trestle in rural Georgia, killing camera assistant Sarah Jones and injuring several others. Hurt was on the trestle but escaped unharmed.

The actor later said he repeatedly expressed concern that cast and crew members, loaded with gear, were safe on the trestle should a train come and was assured by AD Hillary Schwartz that they were.

“It’s the sorrow of my professional life and one of the great sorrows of my personal life,” Hurt later said of the accident. “It was simply impossible to imagine anything like that could happen. The one other thing I could have done was say, ‘This isn’t good enough for me, I’m walking off the set.’ But it was our very, very first day with a crew that had worked together before.”

Shortly after the accident, director-producer Miller attempted to move forward with the production, but Hurt quit rather than return to the film.

Miller, Jay Sedrish, and Schwartz were all convicted of criminal trespassing and involuntary manslaughter in Jones’ death. Sedrish and Schwartz got probation. Miller got two years in jail and eight years probation.

To younger fans, Hurt was part of the Marvel Cinematic Universe films in his role as the blustering Thaddeus Ross, a General who was there on the fateful day Bruce Banner became the Hulk. The Ross character appeared in five Marvel films, including The Incredible Hulk, Captain America: Civil War, Avengers: Infinity War, Avengers: Endgame, and Black Widow, as well as the Marvel One-Shot The Consultant and the Disney+ animated series What If…?, the latter voiced by Mike McGill.

Hurt was born March 20, 1950 in Washington, DC. His father was part of the US Agency for International Development, a role which saw the family move to Lahore, Mogadishu and Khartoum. His parents divorced, and his mother married Henry Luce III, son of publisher Henry Luce.

He went on to attend Tufts University, where he studied theology. But the acting bug bit him, and he joined the Juilliard School’s drama division, where he spent four years immersed among such future stars as Robin Williams and Christopher Reeve.

Starting in 1977, Hurt was a member of the Circle Repertory Company, winning an Obie Award for his appearance in Corinne Jacker’s My Life. He had a broad resume in theater, winning a 1978 Theatre World Award for his multiple performances in Fifth of Jul, Ulysses in Traction, and Lulu.

Hurt is survived by four children. No memorial details have been revealed.