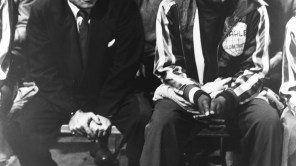 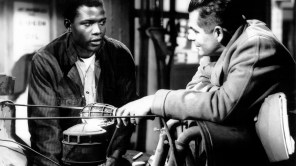 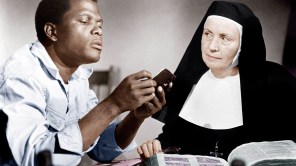 Hollywood and the nation are mourning a Hollywood pioneer today. Click on the photo above to launch a photo gallery on the career of Oscar winner Sidney Poitier, who has died at 94.

His 60-year résumé is filled with groundbreaking roles in singular movies. He played the Philadelphia homicide detective Virgil Tibbs investigating a murder in a Deep South town (In the Heat of the Night and its sequel), the doctor who gets engaged to a white woman and deals with uncertainly from both sets of parents (Guess Who’s Coming to Dinner, which was Spencer Tracy’s last film) and a convict chained to a white fellow escapee (Tony Curtis) in The Defiant Ones.

A serious man and a serious actor, Poitier also was adept at comedy. To wit, his mid-’70s run of action-comedy crime capers with Black main casts: Uptown Saturday Night, Let’s Do It Again and A Piece of the Action — all of which he also directed.

Poitier also helmed 1972’s Buck and the Preachers — in which he starred with Harry Belafonte — the Richard Pryor-Gene Wilder romp Stir Crazy and the Wilder-Gilda Radner action-comedy Hanky Panky, among others.

Check out the photos above for a look back at a career like no other.